The two Decks are intended to let you play with friends immediately, even at the event.

At the event hall, dubbed the Duel Coliseum, you;ll be able to fight expert and normal level players of Duel Links and the Official Card Game with the chance of getting promotional packs.

At the Konami Main Stage, the latest product and news will be announced, with special guests in the form of:

There will also be Special Stage Events involving Summon Chants, Quizes and the like 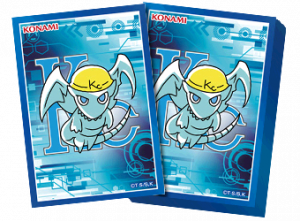 For Every 1000 Yen of product spent at the event, “Hard Hat Blue-Eyes” Sleeves and Special pack 20th Anniversary Edition Vol.4 will be given out.