The third theme is revealed. No effects yet, please check back later.

Edit: Satellite Falcon’s effect confirmed. Please wait for the effects of the Chouryou theme later.
Edit: Effects for Chouryou that can be discerned for the moment.
Edit: Removed Supermassive as we agreed it’s not a good idea for the moment. 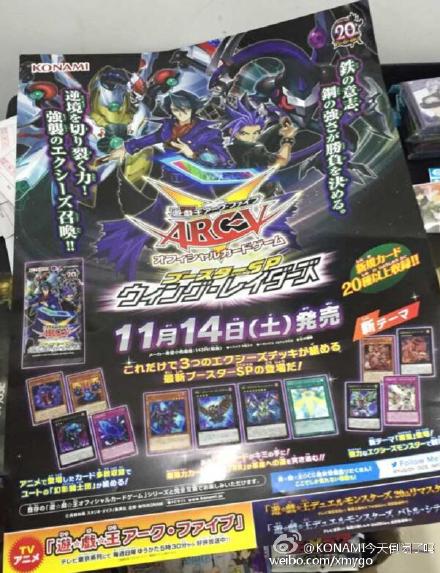 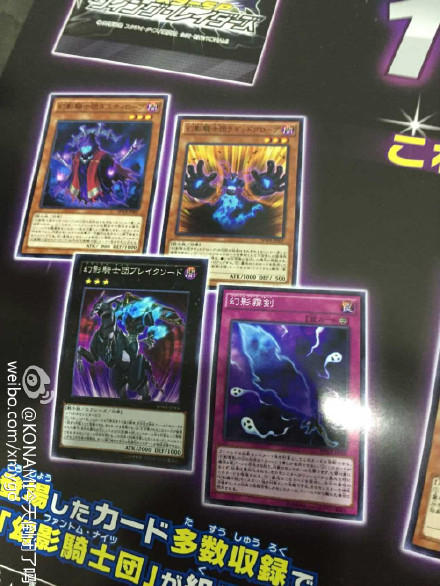 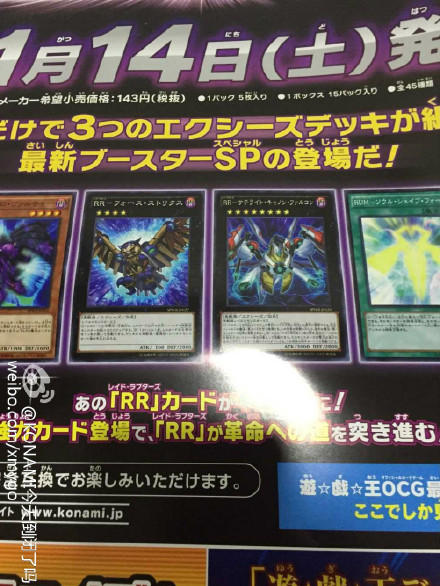 – Raidraptor – Necro Vulture
The card has something to do with “Rank-Up-Magic” cards but most of the art is clipped, so it’s hard to tell what it’s doing.

– Raidraptor – Satellite Cannon Falcon
Rank 8 DARK Winged Beast-Type Xyz Effect Monster
ATK 3000
DEF 2000
(2?3?) Level 8 Winged Beast-Type monsters
(1): If this card is Xyz Summoned using a “Raidraptor” monster as Xyz Material: You can destroy all Spell and Trap Cards your opponent controls. You opponent cannot activate cards or effects in response to this effect.
(2): During either player’s turn: You can detach 1 Xyz Material from this card to target 1 face-up monster your opponent controls; it loses 800 ATK for each “Raidraptor” monster in your Graveyard. 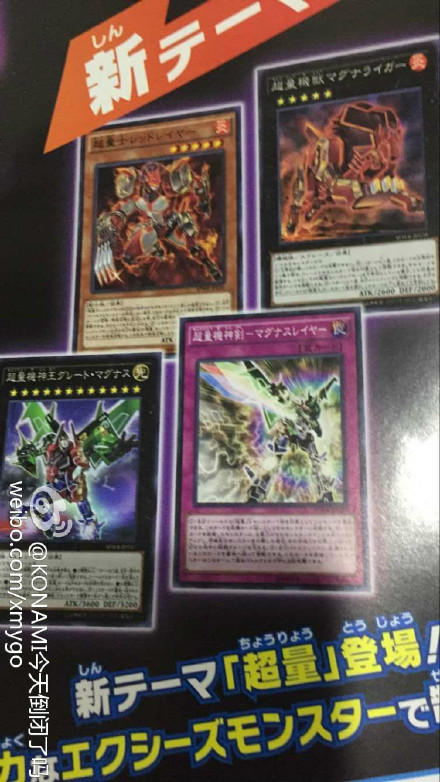 超量 Chouryou is the third theme. Literally the Kanji means “Super” + “Quanity/Amount”. However, it should be noted that 超量 is the official Chinese term for Xyz Monsters, so it’s likely a pun on that. It could also be a pun on “Over” + “Layer” translated into some really silly Kanji soooooooo yeah. For the moment, call them Chouryou while we hammer something out.

Visually it’s meant to be a Super Sentai/Power Rangers knockoff.

For the moment, we’ll go with Chouryou. But it’s a pun on “Xyz” and “Overlay” and “Exceed” and the like, so don’t be surprised if it ends up one of those.

Effects unconfirmed because the image quality for these cards is bad.

超量機獣マグナライガー Chouryou Kijyuu Magnaliger (Rank 5 Xyz)
Rank 5 FIRE Machine-Type Xyz Effect Monster
ATK 2600
DEF 2000
2 Level 5 Monsters
(1) If this card has no Xyz Material, it cannot attack
(2) Once per turn: You can detach 1 Xyz Material, then target 1 monster; destroy that target. If this card has “Chouryoushi Red Layer” attached, it can be used during either player’s turn.
(3) Once per turn, during your Main Phase: Attach 1 “Chouryou” monster from your hand or your side of the field to this card as an Xyz Material.

超量機神剣-マグナスレイヤー Chouryou Kishinken – Magnaslayer (… Megasword – Magnaslayer) (Trap Card)
Normal Trap Card
(1) Target 1 face-up “Chouryou” Xyz Monster you control; equip this card to it.
(2) The equipped monster gains ?00 ATK x (its Rank??). The equipped monster inflicts piercing battle damage.
(3) During your Battle Phase: You can send this equipped card to the Graveyard…
Note that Magnas/Magnus = Great/Super/Over. And we have Layers! Which combine to form Magnaslayer! OVERLAY FOR AN XYZ. Super robot names everywhere. Enjoy your headaches.

Also, this video is mandatory.