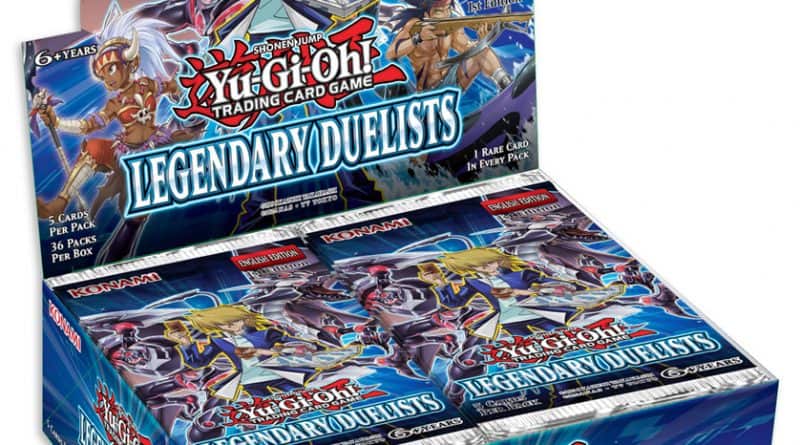 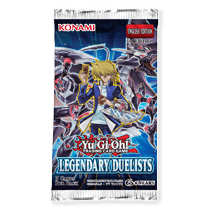 To reign victorious in the Duelist Kingdom tournament, Yugi had to face off against powerhouse Duelists like Mai Valentine, Mako Tsunami, and even his own friend and protégé, Joey Wheeler! Now they’re all back with brand-new cards in Legendary Duelists, a booster set that powers up famous strategies from the classic series and beyond!

Mai Valentine’s Amazoness Warriors!
Mai’s “Amazoness” monsters excel at all things combat! Brand new “Amazoness” cards in Legendary Duelists add sneak attacks to their extensive repertoire of combat tricks, allowing you to Summon more monsters from your hand or Deck during the Battle Phase to tilt the odds of victory in your favor.

In addition, Legendary Duelists has brand-new cards to enhance the strategies of renowned Duelists from Yu-Gi-Oh! GX, like Zane Truesdale! Each pack contains 5 cards.

The complete set of Legendary Duelists is 51 cards: