The Burning Abyss is only a few weeks away from making its debut on the world stage. Join me beyond the break as I examine the ins and outs to this theme!

The Maleblanche make up the core of the Burning Abyss theme. For those who haven’t kept up on the details of this theme, the Maleblanche are all DARK Level 3 Fiends who can activate only 1 of 2 Special abilities per turn. If you control no Spell/Trap Cards; you can Special Summon them from the hand. Then, each Maleblanche has a unique effect that activates if they are sent to the graveyard that let’s them search for a different Maleblanche. Scarm can add a level 3 Fiend-type monster to your hand during the end phase. Graff can Special Summon a Maleblanche from your deck, and Cir can Special Summon a Maleblanche from your Graveyard. The theme’s boss monster, and the main protagonist of The Divine Comedy, is Dante Aligheri himself, who is effectively a Card Trooper for the theme in Rank 3 form with much higher stats. He even recovers a “Burning Abyss” card if sent to the graveyard. Combined with their own themed trap-version of Rekindling, the Burning Abyss has a solid core line-up that we can eagerly await to be expanded upon. 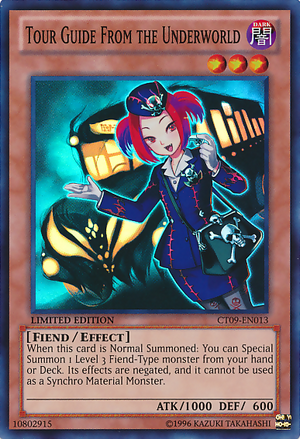 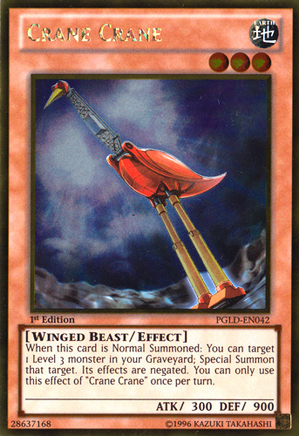 Tour Guide of the Underworld is the obvious choice. A TCG Exclusive herself, she can bring out any Malebranche from your deck and negates its effect, letting you use it as Xyz material without blowing itself up first. Remember, the Burning Abyss cards do not care how they get to the graveyard, even if detached as Xyz Material. The second most obvious choice you can make for your Burning Abyss deck is Crane Crane, a graveyard version of Tour Guide. Finally we have a choice to make among several monsters.

Mathematician, Armageddon Knight, and Kuribandit are cards any player anticipating the arrival of Duelist Alliance is familiar with. All three are popular inclusions within the upcoming Shaddoll Deck. However which one is better for your Burning Abyss deck? Do you want precise control over your mills, or do you want to dig through your deck to trigger a whole slew of them at once, whichever those might be? They all have various pros and cons to them, but let’s pay special attention to Mathematician. Remember, you can only activate 1 of each kind of Maleblanche’s effect per turn. Furthermore, they destroy themselves when you don’t control other Maleblanches. Unlike Shaddolls who can activate as many as 6 different card effects via milling etc. per turn, Burning Abyss only has 3. Even though you’ll be running triplicates of each Maleblanche from DUEA, Kuribandit’s rampant milling is probably not necessary, unless you want to make some kind of Lightsworn variant. Again, all 3 have merits, but let’s take a closer look at Mathematician. 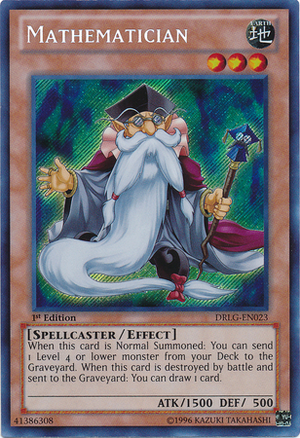 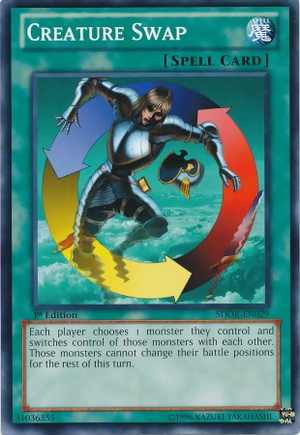 Mathematician is fairly self-explanatory for this build. Its level matches the rest of the theme, it triggers Malebranche (most notably Scarm, who puts Fiends to your hand) and he floats when killed in battle, or else forces the opponent to remove him outside of battle, instead of saving it for one of your Xyz Plays. Another reason why I’m a fan of him here is Creature Swap.

Creature Swap works great for this theme. Rank 3 isn’t the strongest of Ranks, and can struggle fighting against already established boards. The main deck monsters themselves don’t really interfere with the opponent, barring a few tech choices. Creature Swap lets you trade your weaker monsters for an opponent’s stronger one, and detonate your Burning Abyss Card to trigger its effect (ideally, this ends with getting Scarm into your graveyard). This also works with Mathematician. After trading him off, you can destroy him in battle, and then draw a card for his effect. Another favorite card to Swap away is Number 30: Acid Golem of Destruction. Use him to beat over something, then trade him for something else, locking our opponent out of special Summoning, and having them take damage each turn he’s on their field. He also can’t attack without materials, so its a win-win scenario for you. 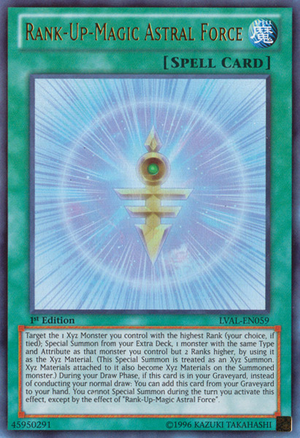 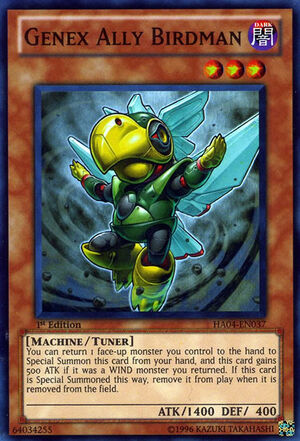 It Also makes sense why Konami advertised Rank-Up-Magic Astral Force, which lets you trade Rank 3s for Rank 5s. Rank-Up-Magic cards aren’t too common in competitive play since Xyz Summoning frequently requires enough commitment as it is, but between Tour Guide and Crane Crane, you’ll be making plenty of “free” Xyz Summons for one or two copies of Astral Force to pay off.

Konami has promised 5 new Burning Abyss Cards in The New Challengers Booster Pack, including a new Synchro Monster! Why wait 3 more months though? Let’s take a look at Genex Ally Birdman. Birdman works marvelously with self-summoning monsters (like every single Maleblanche). When Tour Guide or Crane Crane do their thing, you can return one of your monsters to the hand, bring out Birdman, and Synchro Summon the newly unbanned Goyo Guardian! You can also Rank 3 if you need to while returning a Tour Guide or Crane Crane to the hand to save for a second Use.

As for Traps, there are mixed feelings on their “Rekindling” Trap, The Traveler and the Burning Abyss. Mainly, you only have 3 different Maleblanche effects per turn. They all cycle into each other already, and it seems redundant to spam them all back at once. This trap is definitely one that gets stronger in time, but for now people forego it for more disruptive traps like Phoenix Wing Wind Blast (which also triggers the Maleblanche). I’m something of a purist so I’ll be making room for it, but feel free to reconsider it if you feel its too superfluous right now. Rekindling gave access to Shooting Quasar Dragon for Laval decks, but this one only lets you through out a couple of Rank 3s. Let’s eagerly await how this card changes once themed Tuners and Synchros are thrown into the mix.

Side Deck
There are plenty of Alternatives that can go in a side deck so keep an open mind here.

3x Light-Imprisoning Mirror –
This will hurt Lightsworn, Stellarknight, Bujin, etc. more than it’ll hurt Dante.
3x Royal Command –
There’s a Translation Error by the TCG’s latest Errata of this card that says it only Negates Flip Effects, but in the OCG it negates all of the Effects of Flip Monsters. Extremely relevant for taking out Shaddolls. Always Ask your Head judge how this will be ruled until the Errata eventually hits.
3x Debunk –
Helps for the mirror and Extra Bujin, Dragon Ruler, and Sylvan Hate.
2x Dark Smog –
Hating on the Graveyard while triggering Maleblanches? Sounds good to me.
1x Mystical Space Typhoon –
Any Typhoon Not Mained go here
2x Spacetime Trap Hole –
Helps against Madolche and Extra deck Monsters. Alternatively there’s Black Horn of Heaven and Xyz Universe. You can use Effect Veiler as well against Madolche since that doesn’t get countered by Trap Stun.
1x The Transmigration Prophecy –
Perhaps there’s too much Grave Hate here, but this also interferes with Spell Cards like Spellbooks, Noble Arms, and Shaddoll cards.

Other Options
Monarchs – The Burning Abyss theme generates tribute fodder easily. Dropping in a couple monarchs or a Majest’s Fiend should be easy enough.

Lightsworns – yes, not exactly creative, but dropping in a couple Lightsworns like Lumina, Lyla, and Raiden could be helpful. Gives you access to Chaos Monsters as well as Michael the Arch-Lightsworn.

Darkness Neosphere and Raviel, Lord of Phantasms –
Darkness Neosphere lets you drop a huge beater while triggering Burning Abyss Cards. You could use tour Guide, , play creature Swap to exchange our fiend for one of their monsters. then should they attack your remaining fiend, you can summon Darkness Neosphere. Similarly this is probably the only deck where you could Ever Summon Raviel. They are useful in the sense that they can beat over Qliphoth Monsters easily. I wouldn’t use them, but if you really wanted to play these iconic GX-Era cards, this is the deck that can do it.

Dark Calling / Evil HERO Dark Gaia –
Between Acid Golem and most any Fiend, you can make a 4000 ATK Dark Gaia pretty easily. Dark Gaia also forces defense monsters into attack mode without activating their Flip Effects, which is pretty relevant considering Shaddolls are released at the same time. You won’t be able to bring out more than one though and its not too consistent, but its an option.

Dark Creator / Dark Armed Dragon
Both are powerful options to have at our disposal. Dark Creator is a strong card if you have other DARK Bosses in the deck while DAD’s use will depend on how well you feel ou can control the number of DARKs in your graveyard.

Edge Imp Scissor –
For anyone familiar with the OCG, you’d recognize this from the upcoming Furnimal theme (TCG Name Pending) coming in the New Challangers Set. This little Imp works exactly like Plaguespreader Zombie except its level 3 and not a Tuner. This lets you stack a burning Abyss card to the top of your deck, set up to Xyz Summon Dante, and trigger that stacked Maleblanche. This is just another area where Mathematician truly shines in this deck.

So what do you guys think of the new burning Abyss Theme? any combos or strategies I missed? What’s our favorite trick with this theme? Share your thoughts in the comments below! Thanks for reading and I hope this article was helpful to you.

Welcome to the Burning Abyss. Please enjoy your stay. 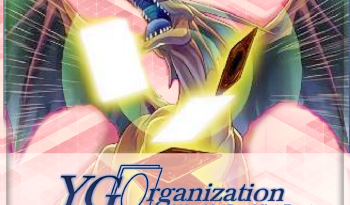 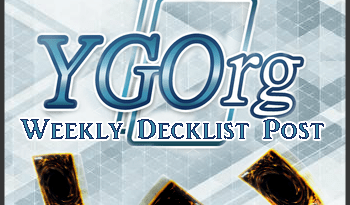