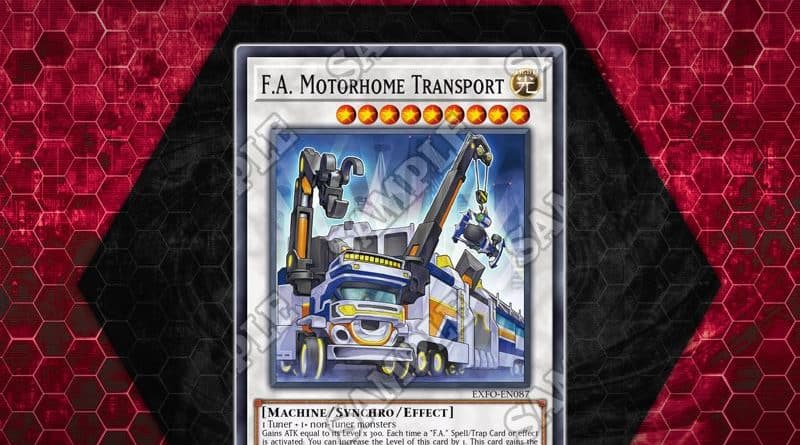 The official European Konami Facebook Page has revealed the new cards from yesterday, and they’re a Tuner and Synchro! 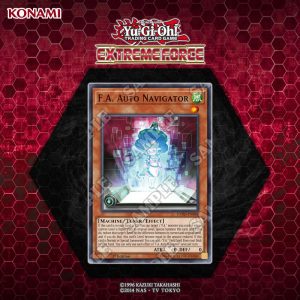 F.A. Auto Navigator
Level 1 WIND Machine Tuner Effect Monster
ATK 0
DEF 0
If this card is in your hand or GY: You can target 1 “F.A.” monster you control whose current Level is higher than its original Level; Special Summon this card, and if you do, reduce that target’s Level by the difference between its current and original Level, and if you do that, this card’s Level becomes equal to the amount reduced. If this card is Normal or Special Summoned: You can add 1 “F.A.” Field Spell Card from your Deck to your hand. You can only use each effect of “F.A. Auto Navigator” once per turn. 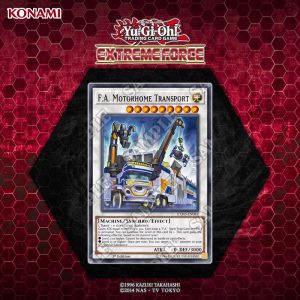 F.A. Motorhome Transport
Level 9 LIGHT Machine Synchro Effect Monster
ATK 0
DEF 3000
Materials: 1 Tuner + 1+ non-Tuner monsters
Gains ATK equal to its Level x 300. Each time a “F.A.” Spell/Trap Card or effect is activated: You can increase the Level of this card by 1. This card gains the following effect(s), based on its current Level.
• Level 11 or higher: Cannot be destroyed by battle or card effects.
• Level 13 or higher: Once per turn: You can target 1 “F.A.” monster in your GY; Special Summon it.

Also, Konami has confirmed a follow-up poll will be coming soon to decide the remaining cards to reveal!