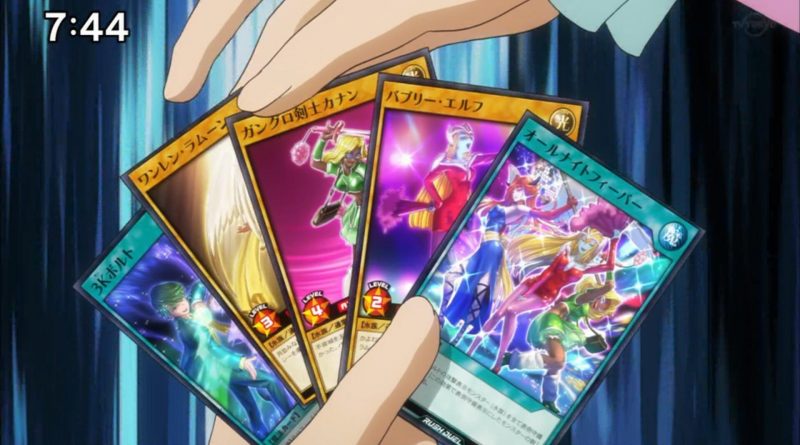 Standard Warning: These cards are not confirmed to be getting released in the Rush Duel card game. 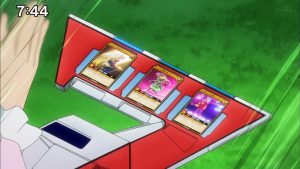 Note 1: The Bubbly here means “Of the Bubble Era”.

Note 2: Ganguro is one of the styles of Gyaru, focusing on a lot of blonde hair and white make-up contrasted by HEAVY dark tans. The Gyaru style came into vogue during The Bubble Era.

Note 3: A One Length hair cut is a hairdo that became popular during the Bubble Era, as an in-fashion style at Discotheques in Japan during the early 1990s. (Japan never quite rejected Disco as hard as the US did.)

General Note: Most of Mimi’s cards are woefully out of date in terms of fashion and reference. They’re all styles and fashions that were in vogue and considered trendy in the late 1980s to early 1990s at best.

General Note: The monsters are LIGHT to represent the glitz and glamour of the Bubble Era, combined with the Deck’s theme of being quasi Disco/PARTY HARD relevant. The Aqua usage is a reference to 水商売 Mizu Shobai, the nighttime entertainment industry in Japan of dance clubs, hostess clubs, bars and cabarets. 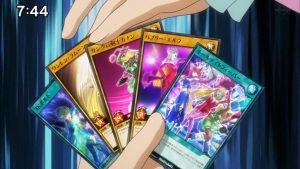 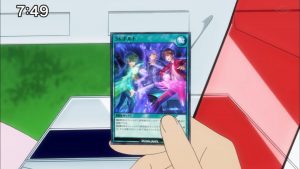 3Kボルト 3K Volt
Normal Spell Card
Requirement: You can activate if there are 3 face-up monsters (Aqua-Type on your field).
Effect:Choose 1 face-up monster on your opponent’s field, its ATK becomes 0 until the end of the turn.

Note: Disco Balls were extremely in vogue during The Bubble Era of the 1980s to early 1990s.