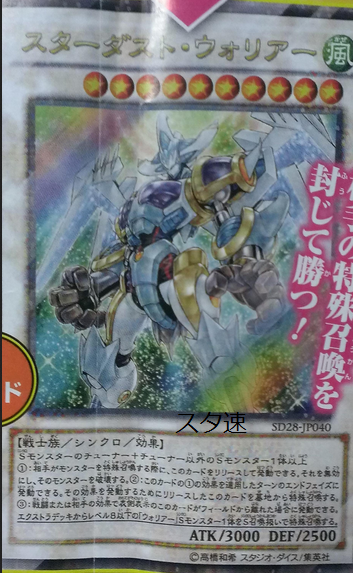 V Jump reveals that what we saw of Stardust Warrior’s text was early text, apparently, it’s real text is…