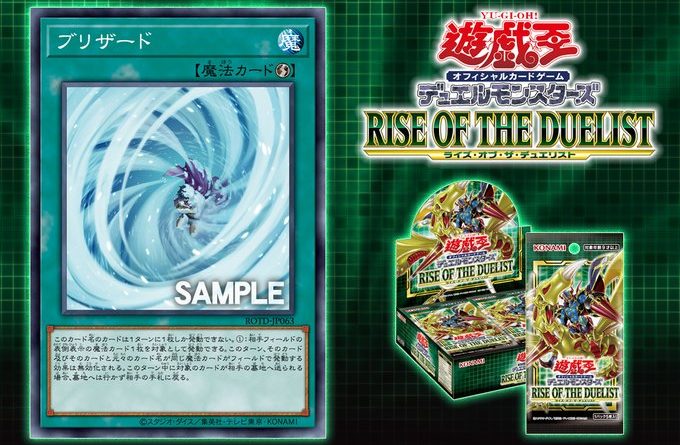 ROTD-JP063 ブリザード Blizzard
Quick-Play Spell Card
You can only activate 1 card with this card’s name per turn.
(1) You can target 1 face-up Spell your opponent controls; for the rest of the turn, negate its effects that activate on the field, also negate effects that activate on the field from any Spell with the same original name, also, if the targeted card would be sent to the opponent’s GY this turn, return it to the opponent’s hand instead.
Source