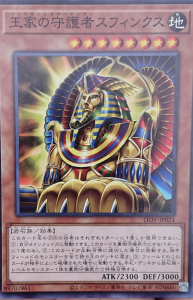 LIOV-JP024 Pharaonic Guardian Sphinx
Level 8 EARTH Rock Effect Monster
ATK 2300
DEF 3000
You can only use each of this card name’s 2nd and 3rd effects once per turn each.
(1) Once per turn: You can change this card to face-down Defense Position.
(2) If this card is Flip Summoned: Shuffle all monsters your opponent controls into the Deck.
(3) If this card you control is destroyed by an opponent’s card: You can Special Summon 1 Level 5 Rock monster from your hand or Deck in face-down Defense Position. 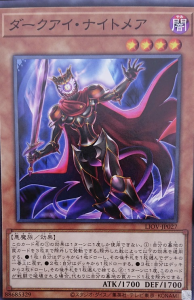 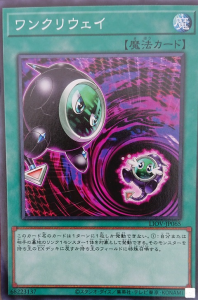 LIOV-JP065 One -Kuri-Way
Normal Spell Card
You can only activate 1 card with this card’s name per turn.
(1) Target 1 Link 1 Monster in either GY; shuffle it into the Extra Deck or Special Summon it to its owner’s field.

Note: This card’s name is based on the term “One-Click Ware”, which is a form of ransomware. 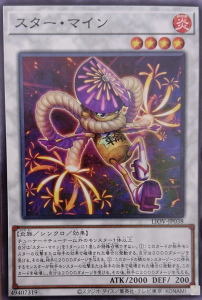 LIOV-JP066 Kyokutou Hisenkyou / Secret Hot Springs of the Far East
Field Spell Card
You can only activate 1 card with this card’s name per turn.
(1) Once per turn, during each player’s Main Phase 2: The turn player can gain 500 LP, and if they do, apply these effects for the rest of the turn.
● That player’s monsters’ Normal and Special Summons cannot be negated.
● If that player activates a Spell/Trap Card, or a monster effect, that includes an effect that Special Summons a monster(s), that activation cannot be negated.
● That player’s Set Spells/Traps cannot be targeted by, or destroyed by, their opponent’s card effects. 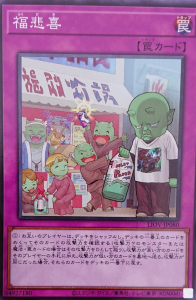 Note: ‘fukubiki’ means lottery basically, but the card replaces the biki (draw) part with “sadness” and “happiness”. Since the TCG doesnt seem to like translating the names of the cards in Goblin Kid’s Depressing Adventures, we’re leaving it as it is on purpose.