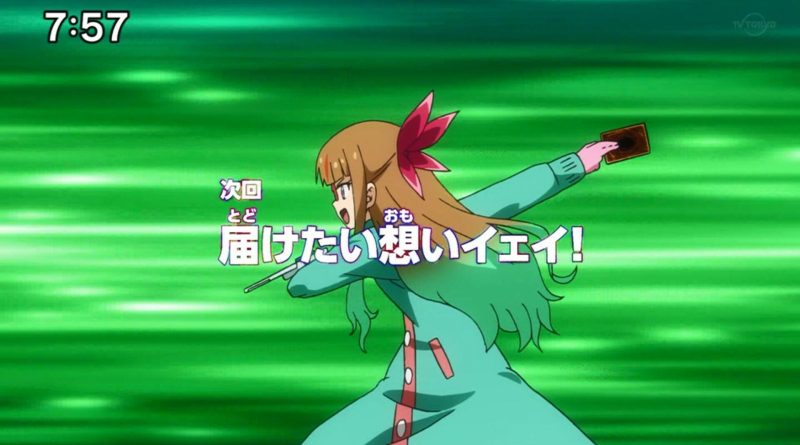 There’s the Yeti everyone was looking forward to.

Episode 36: 届けたい想いイェイ! – Todoketai Omoi Yei!
(Feelings I Want to Convey, Yay!)
London and others have risked their lives to uncover the truth behind the Great King. It’s about his terrifying power, which not even he is aware of. As part of the plan to seal away the Great King’s power, Yuamu takes part in the Friendship Rush Duel Tournament. However, her opponent, The☆Yeti Yukio, seems to also have another plan in mind…