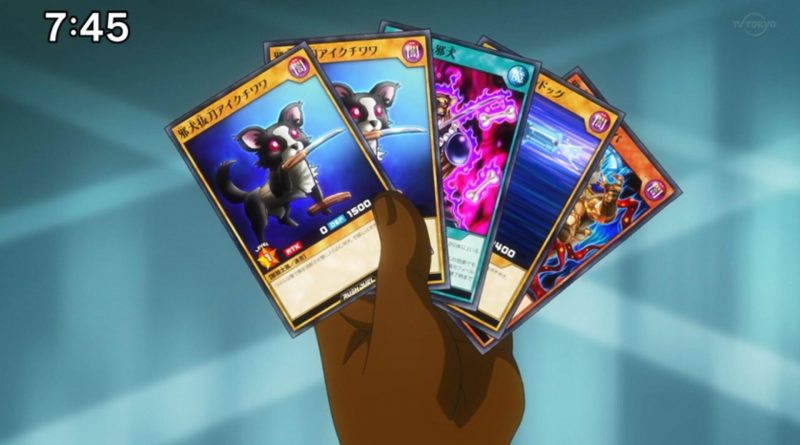 Not confirmed for release, etc. et al.  Not guaranteed to be the effects when released. 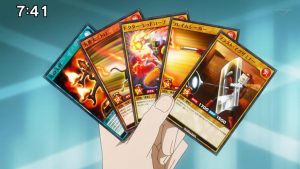 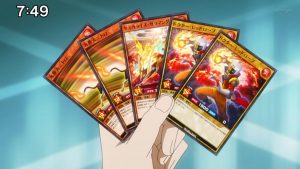 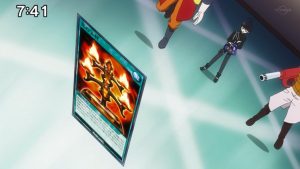 Bochi’s Deck theme is called 邪犬 (Jaken) which plays on Jaken which means cruel, heartless, hard-hearted (or ideas that reject the cause and effect preached in Buddhist Dharma). I’m going with Heartless Hound, but Cruel Canine or Fiendish Fido or Merciless Mutt would work as well. 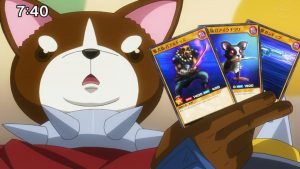 Note: This card is named after a Bulldog and a nickname for the Aikuchi dagger, the “Dosu” or “Doss” (ドッス).

Note: This card is named after the Aikuchi dagger and the dog breed “Chihuahua”. 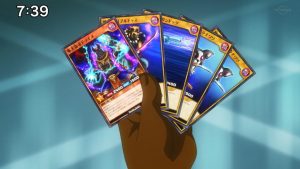 邪犬雷帝ドライヌ Jaken Raitei Drainu (Heatless Hound Thunder Emperor Drainu)
Level 7 DARK Beast-Warrior Effect Monster
ATK 2400
DEF 1500
[REQUIREMENT] None
[EFFECT] Send the top 2 cards of your Deck to the GY. {During the Main Phase of the turn this card was Normal or Special Summoned… This effect was activated ….} You can choose 1 Level 6 or lower Beast-Warrior Normal Monster in your GY and Special Summon it to your field face-up.

Note: I’m not sure, but I think this card is referencing the god Indra with the In part switched to the back. I think he’s holding a Vajra? 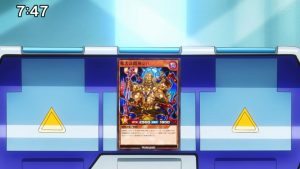 Note: This card is a play on the Shiba breed of dog, and Shiva, the god of destruction for the universal balance in the Hindu faith. (The general belief is that there is a cycle of creation, preservation, and destruction in Hinduism, and Shiva represents the natural need for things to be destroyed so that new things may be created.) 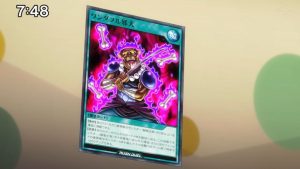 ワンダフル邪犬 Wanderful Jaken (Woofderful Heartless Hound)
Normal Spell Card
[REQUIREMENT] If you control 2 or more face-up Beast-Warrior monsters, you can activate this.
[EFFECT] Send the top 4 cards of your Deck to the GY. If you sent 4 Beast-Warrior monsters to the GY with this effect, you can also choose 1 face-up monster you control, it gains 1200 ATK until the end of the turn.

Note: ワン is the sound of a dog barking in Japan.