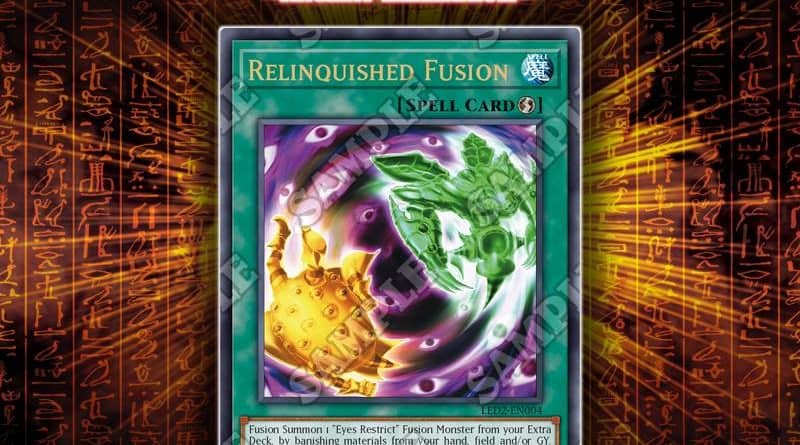 Another card from the Relinquished theme confirmed. 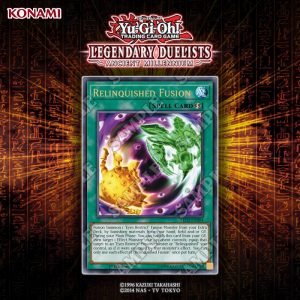 LED2-EN004 Relinquished Fusion
Quick-Play Spell Card
Fusion Summon 1 “Eyes Restrict” Fusion Monster from your Extra Deck, by banishing materials from your hand, field and/or GY. During your Main Phase: You can banish this card from your GY, then target 1 Effect Monster your opponent controls; equip that target to an “Eyes Restrict” Fusion Monster or “Relinquished” you control, as if it were equipped by that monster’s effect. You can only use each effect of “Relinquished Fusion” once per turn.