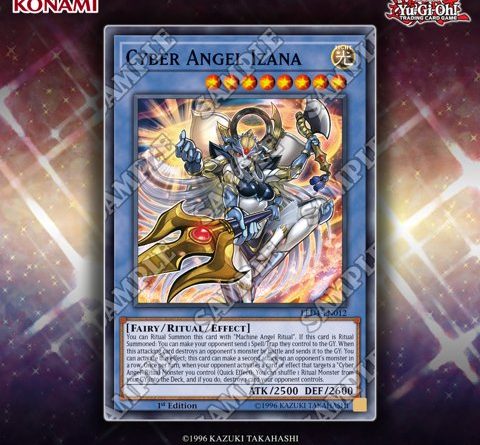 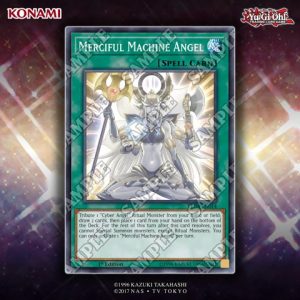 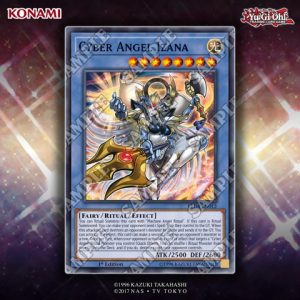 LED4-EN012 Cyber Angel Izana
Level 8 LIGHT Fairy Ritual Effect Monster
ATK 2500
DEF 2600
You can Ritual Summon this card with “Machine Angel Ritual”. If this card is Ritua Summoned: You can make your opponent send 1 Spell/Trap they control to the GY. When this attacking card destroys an opponent’s monster by battle and sends it to the GY: You can activate this effect; this card can make a second attack on an opponent’s monster in a row. Once per turn, when your opponent activates a card or effect that targets a “Cyber Angel” Ritual Monster you control (Quick Effect): You can shuffle 1 Ritual Monster from your GY into the Deck, and if you do, destroy 1 card your opponent controls. 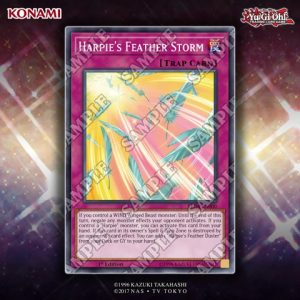 LED4-EN000 Harpie’s Feather Storm
Normal Trap Card
If you control a WIND Winged Beast Monster: Until the end of this turn, negate any monster effects your opponent activates. If you control a “Harpie” monster, you can activate this card from your hand. If this card in its owner’s Spell & Trap Card Zone is destroyed by an opponent’s card effect: You can add 1 “Harpie’s Feather Duster” from your Deck or GY to your hand.