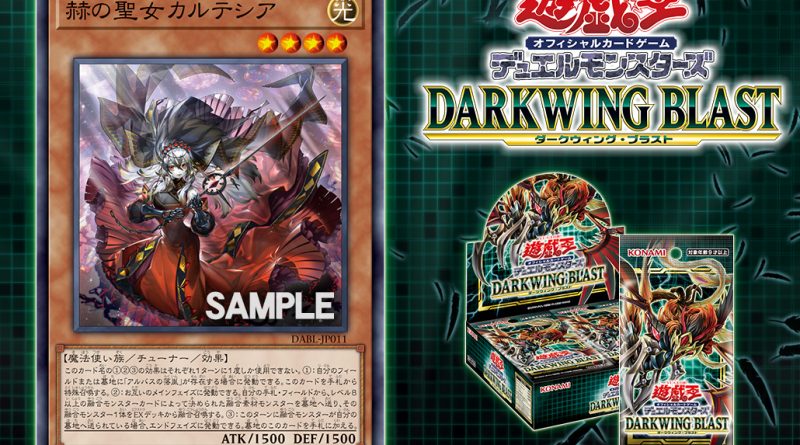 Could it really be her…? 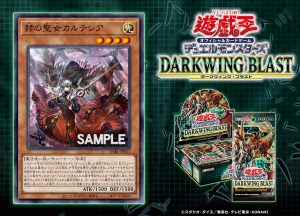 DABL-JP011 赫の聖女カルテシア Aka no Seijo Cartesia (Cartesia, the Red Saint) / Red Cartesia, the Virtuous
Level 4 LIGHT Spellcaster Tuner Effect Monster
ATK 1500
DEF 1500
You can only use the 1st, 2nd, and 3rd effect of this card’s name each once per turn.
(1) If you have “Fallen of Albaz” on your field or in your GY: You can Special Summon this card from your hand.
(2) During the Main Phase (Quick Effect): You can Fusion Summon 1 Level 8 or higher Fusion Monster from your Extra Deck, using monsters from your hand or field as Fusion Material.
(3) During the End Phase, if a Fusion Monster(s) was sent to your GY this turn: You can add this card from your GY to your hand.

カルテシア looks to be playing on Renatus Cartesius, the Latinized Name of Rene Descartes, the famous philosopher best known for “Cogito, Ergo Sum” (I think, therefore I am) and is one of the founders of modern philosophy. He was also the creator of Analytical Geometry, a field of mathematics that bridged Algebra to Geometry proper. Also, his name came from “The outskirts of town” (Des Quartes) but it can also be taken in Latin as “That which is discarded”