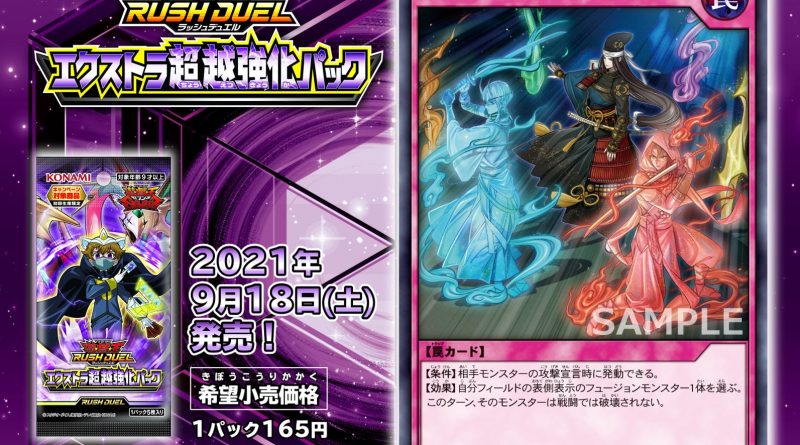 RD/EXT1-JP047 忠義の護衛刀 Chuugi no Goeitou (Spectral Swords of the Everloyal Guard)
Normal Trap Card
[Requirement] You can activate this when an opponent’s monster declares an attack.
[Effect] Choose 1 face-up Fusion Monster control. During this turn, that monster cannot be destroyed by battle.

Note: Goei can also be 御影 which means “Picture of something important” (Nobles, Royals, Deities and Buddhas being prominent examples. But this might also be playing on 御影 can apparently refer to divine spirit or the image of the dead.