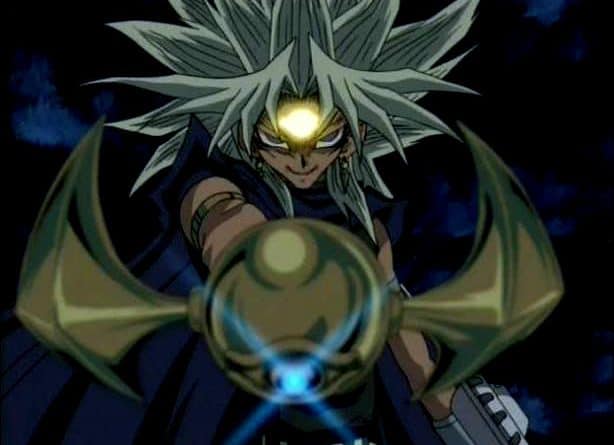 More details on the event.

You have to beat up members of the Rare Hunters (including more generic designed ones, and Arkana) in order to face Yami Marik and gather map fragments.

By accumulating enough Event Points, you can ultimately get Yami Marik as a usable character.

And various jewels and Items are handed out by beating the Rare Hunters. 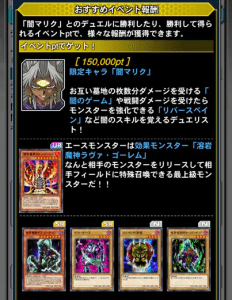 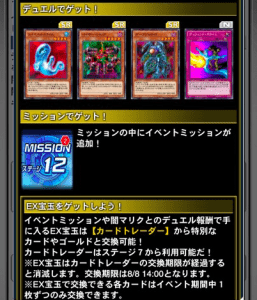 As to Yami Marik himself, he drops cards such as

As to Yami Marik the character:

Level 13:
Draw Sense: Dark
Can be used each time your Life Points decrase by 1500. In the Draw Phase, instead of doing a normal draw, draw a random DARK attribute monster.

Drop Only:
Shadow Game
At the end of their respective turn, each player will lose LP equal to “100” times the number of cards in their own graveyard.