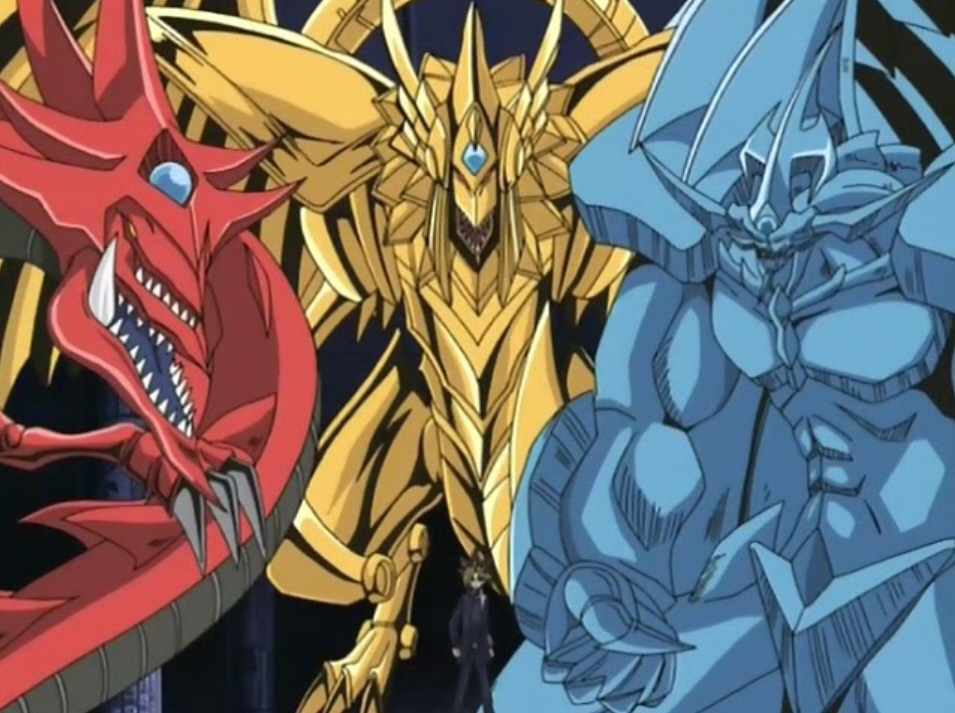 A mini-event has been added to the Battle City Showdown event, allowing you to acquire a new skill for Yami Yugi. 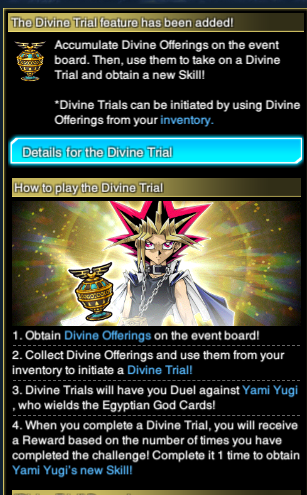 Use 10 of the Divine Offerings earned from Duels in the Battle City Showdown. This will summon a Level 50 Variant of Yami Yugi who uses a Battle City based Deck that allows him to use the Egyptian Gods.

He’ll hand out various prizes from a new Skill to Gems to Millennium Coins. 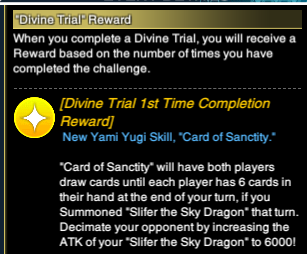 The Special Skill you win is “Card of Sanctity”

At the end of a turn you’ve summoned Slifer the Sky Dragon, you can have both players draw until they have 6 cards in hand. 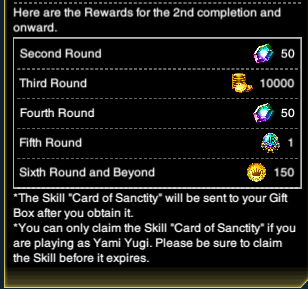 Round 5 gets you a UR Jewel

Round 6 and beyond gets you 150 Millennium Coins