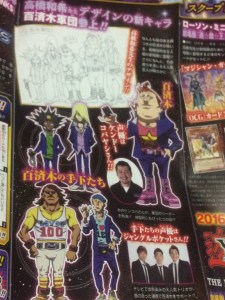 Basically the movie features the new characters from Domino High, Kudaragi and his Kudaragi gang. They’re all designed by Kazuki Takahashi-sensei.

The four other characters are referred to as his henchmen or underlings.

Kudaragi is voiced by the TV personality/actor Kendo Kobayashi, who’s also been in the Yatterman live action movie as Tonzura and in the Kamen Rider Ghost x Drive crossover film as the Da Vinci Ganma.

Meanwhile, his henchmen are voiced by the entertainment trio ジャングルポケット(Jungle Pocket).