The following are unofficial translations: 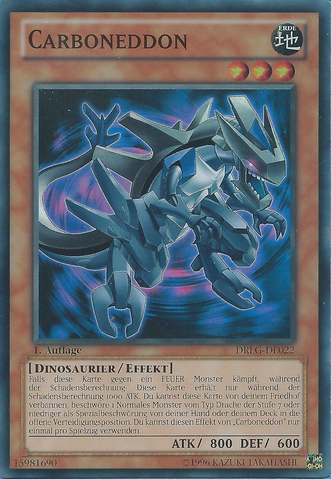 Carboneddon
EARTH/Dinosaur
Level 3
800/600
If this card battles a FIRE monster, during damage calculation: This card gains 1000 ATK during damage calculation only. You can banish this card from your Graveyard; Special Summon 1 Level 7 Dragon-Type Normal Monster from your hand or Deck in face-up Defense Position. You can only use this effect of “Carboneddon” once per turn. 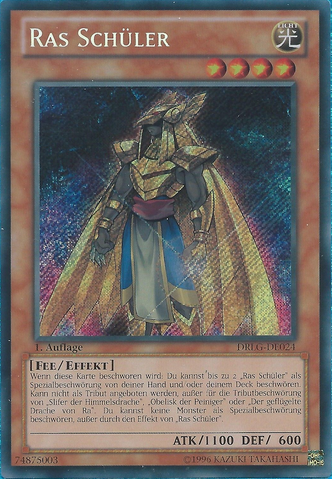 Ra’s Disciple
LIGHT/Fairy
Level 4
1100/600
When this card is Summoned: You can Special Summon up to 2 “Ra’s Disciple” from your hand or Deck. Cannot be Tributed, except for the Tribute Summon of “Obelisk the Tormentor”, “Slifer the Sky Dragon” or “The Winged Dragon of Ra”. You cannot Special Summon monsters, except by “Ra’s Disciple”. 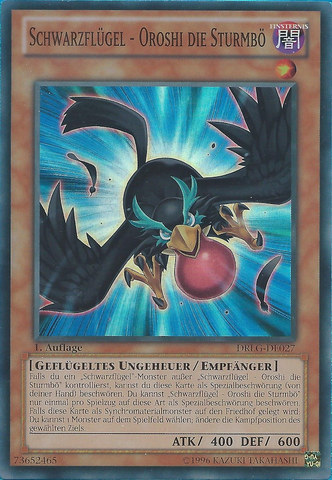 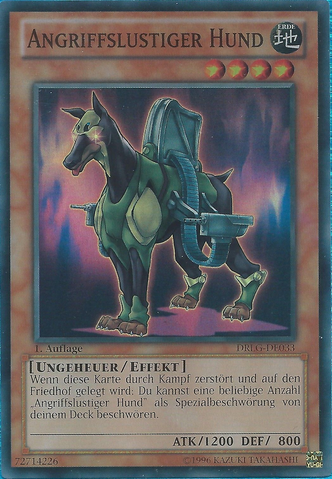 Assault Dog
EARTH/Beast
Level 4
1200/800
When this card on the field is destroyed and sent to the Graveyard: You can Special Summon any number of “Assault Dog” from your Deck. 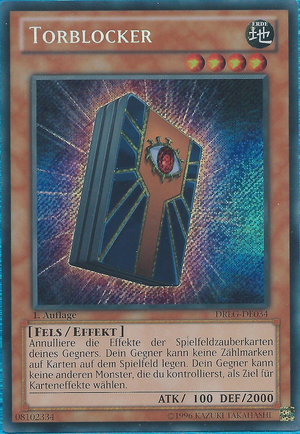 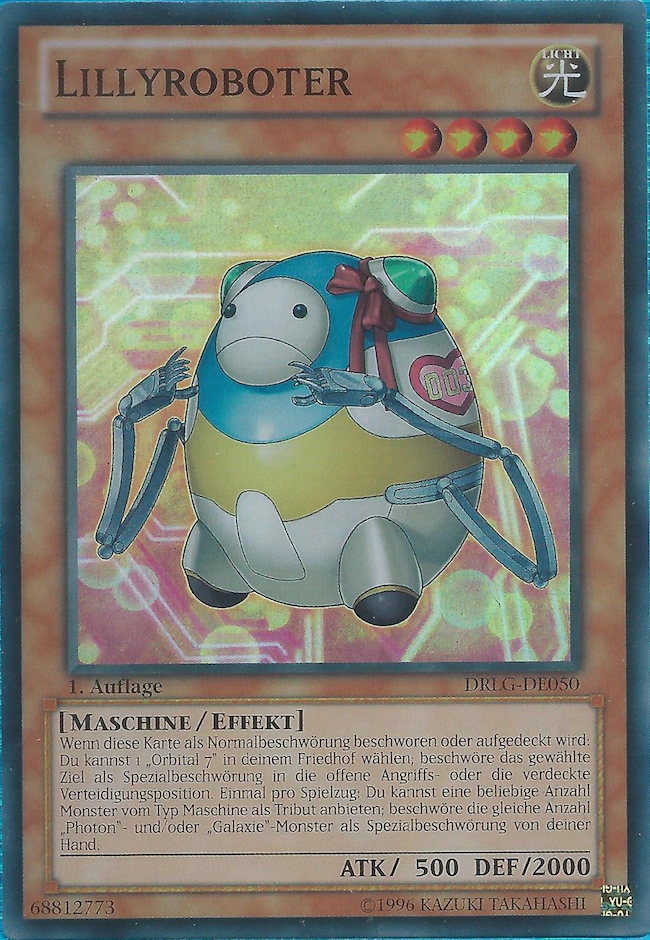 Lillybot
LIGHT/Machine
Level 4
500/2000
If this card is Normal Summoned or flipped face-up: You can target 1 “Orbital 7” in your Graveyard: Special Summon that target in face-up Attack Position or face-down Defense Position. Once per turn: You can Tribute any number of Machine-Type monsters; Special Summon the same number of “Photon” or “Galaxy” monsters from your hand.

Train Signal Red
EARTH/Machine
Level 3
1000/1300
When an opponent’s monster declares an attack: You can Special Summon this card from your hand, and if you do, change the attack target to this card, and proceed to damage calculation. This card cannot be destroyed by battle. 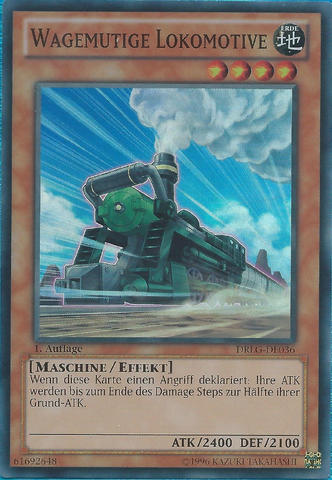 Lionhearted Locomotive
EARTH/Machine
Level 4
2400/2100
When this card declares an attack: Its ATK becomes half its original ATK, until the end of the Damage Step. 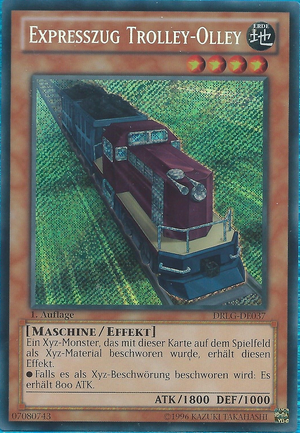 Express Train Trolley Olley
EARTH/Machine
Level 4
1800/1000
An Xyz Monster that was Summoned using this card as Xyz Material gains this effect.
● When it is Xyz Summoned: It gains 800 ATK. 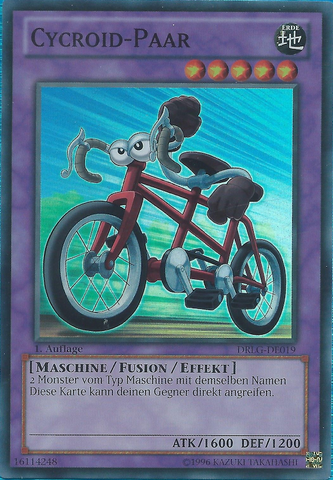 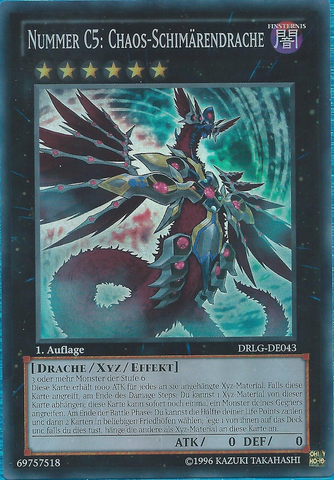 Number C5: Chaos Chimeradragon???
DARK/Dragon
Xyz/Effect
Rank 6
0/0
3 or more Level 6 monsters
This card gains 1000 ATK for each Xyz Material attached to it. If this card attacks, at the end of the Damage Step: You can detach 1 Xyz Material from this card; This card can attack 1 opponent’s monster immediately. At the end of the Battle Phase: You can pay half your Life Points, then target 2 cards in the Graveyard(s); shuffle 1 of them into the Deck, and if you do, attach the other to this card as an Xyz Material.

Dreadscythe
Equip Spell Card
Equip only to “Guardian Dreadscythe”. It gains 500 ATK for each monster in the Graveyard (of both players?). 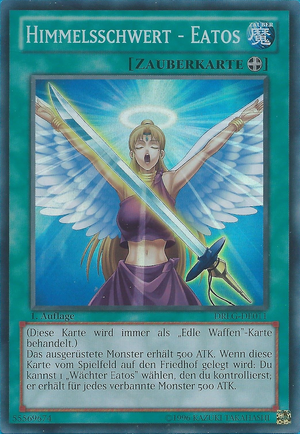 Celestial Sword – Eatos
Equip Spell Card
(This card is always treated as a “Noble Arms” card.)
The equipped monster gains 500 ATK. When this card is sent from the field to the Graveyard: You can target 1 “Guardian Eatos” you control; it gains 500 ATK for each monster currently banished. 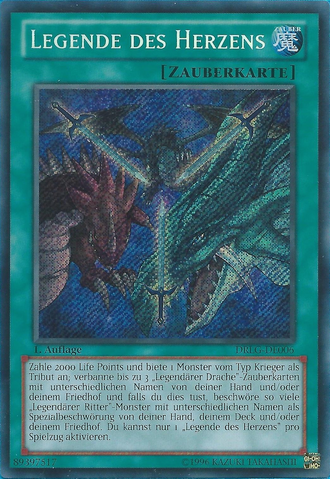 Legend of Heart
Normal Spell Card
Pay 2000 Life Points and Tribute 1 Warrior-Type monster; banish up to 3 “Legendary Dragon” Spell Cards with different names from your hand or Graveyard, and if you do, Special Summon a number of “Legendary Knight” monsters with different names from your hand, Deck, or Graveyard equal to the number of Spell Cards you banished. You can only activate 1 “Legend of Heart” per turn. 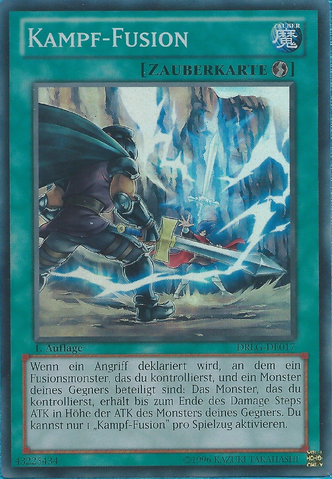 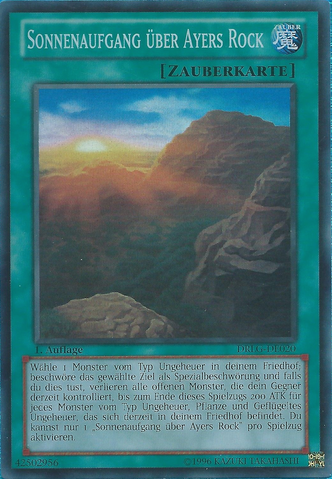 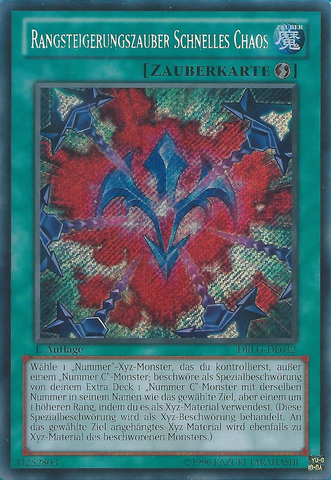 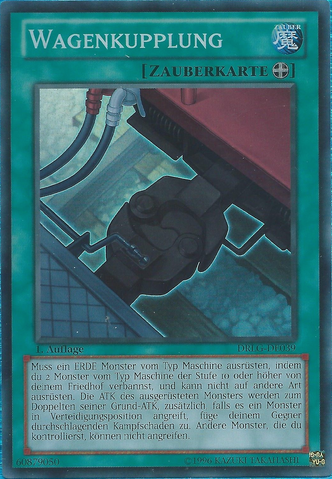 Train Connection
Equip Spell Card
Equip only to an EARTH Machine-Type monster by banishing 2 Level 10 or higher Machine-Type monsters from your Graveyard, and cannot be equipped by other ways. Its ATK becomes twice its original ATK, also if the equipped monster attack a Defense Position monster, inflict piercing battle damage to the opponent. Other monsters you control cannot attack. 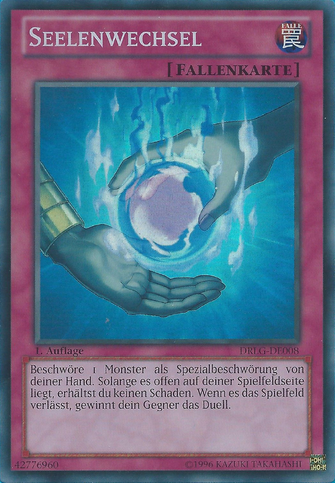 Relay Soul
Normal Trap Card
Special Summon 1 monster from your hand. While it remains on the field, you take no damage. When that monster leaves the field, your opponent wins the Duel. 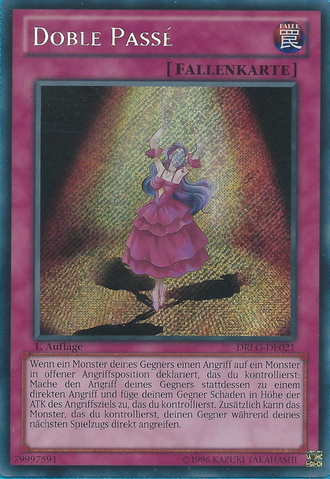 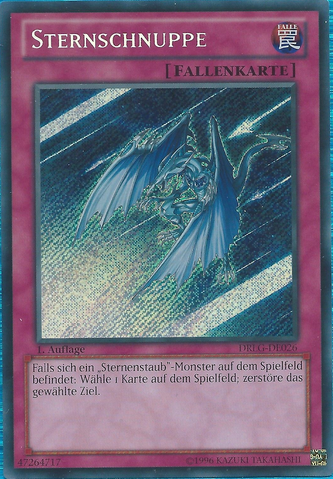 Shooting Star
Normal Trap Card
If a “Stardust” monster is on the field: Target 1 card on the field; destroy that target. 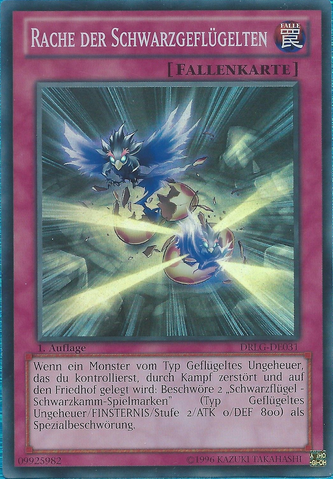