From an online store based in Mexico… 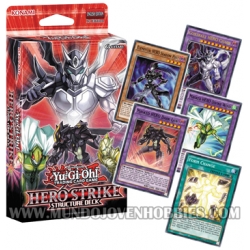 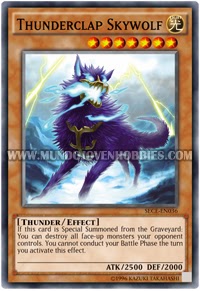 SECE-EN036 Thunderclap Skywolf
Level 7 LIGHT Thunder-Type Effect Monster
ATK 2500
DEF 2000
If this card is Special Summoned from the Graveyard: You can destroy all face-up monsters your opponent controls. You cannot conduct your Battle Phase the turn you activate this effect. 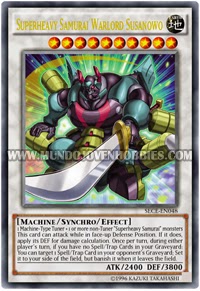 SECE-EN048 Superheavy Samurai Warlord Susanowo
Level 10 EARTH Machine-Type Synchro Effect Monster
ATK 2400
DEF 3800
1 Machine-Type Tuner + 1 or more non-Tuner “Superheavy Samurai” monsters
This card can attack while in face-up Defense Position. If it does, apply its DEF for damage calculation. Once per turn, during either player’s turn, if you have no Spell/Trap Cards in your Graveyard: You can target 1 Spell/Trap Card in your opponent’s Graveyard; Set it to your side of the field, but banish it when it leaves the field. 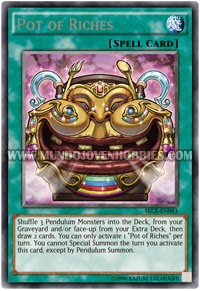 SECE-EN063 Pot of Riches
Normal Spell Card
Shuffle 3 Pendulum Monsters into the Deck, from your Graveyard and/or face-up from your Extra Deck, then draw 2 cards. You can only activate 1 “Pot of Riches” per turn. You cannot Special Summon the turn you activate this card, except by Pendulum Summon. 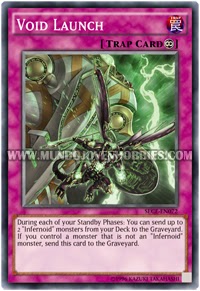 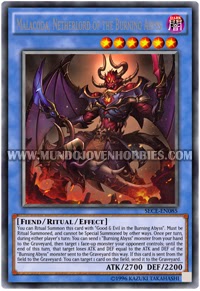 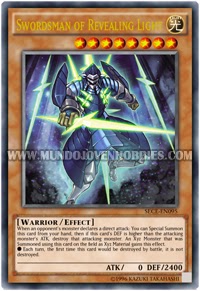 SECE-EN095 Swordsman of Revealing Light
Level 8 LIGHT Warrior-Type Effect Monster
ATK 0
DEF 2400
When an opponent’s monster declares a direct attack: You can Special Summon this card from your hand, then if the card’s DEF is higher that the attacking monster’s ATK, destroy that attacking monster. An Xyz Monster that was Summoned using this card on the field as Xyz Material gains this effect.
• Each turn, the first time this card would be destroyed by battle, it is not destroyed.