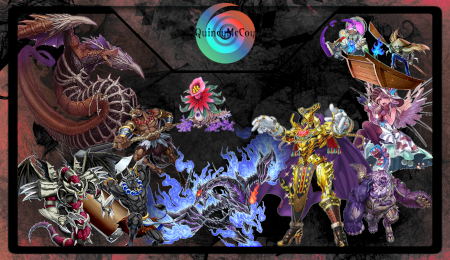 Doomking’s horde has returned from the Zombie World!

Welcome back for an all-new profile featuring the new Zombie World support from Dimension Force, plus the Ghost Fusion (YGOrg Translation) Engine for fun shenanigans. Zombie World is a field spell that turns all monsters on the field and in the GY into Zombies, and it has been supported by multiple waves of structure decks. Doomking Balerdroch led the charge for the Structure Deck R, giving the Zomies a recurring leader, giving you monster removal and/or effect negation in response to Zombie effect activations. And as has been the case for many moons now, Zombies have some of the most powerful generic support options in the form of Mezuki, to summon other Zombies back from the Graveyard, Gozuki and Uni-Zombie, to get your Zombies from the deck into the GY, and Plaguespreader Zombie, a tuner that can revive itself. The new support takes these bedrock elements and elevates them, giving the Zombie World strategy a new fleet of Synchro monsters. Red-Eyes Zombie Dragon Lord (YGOrg Translation) can recover a Zombie from the GY during the opponent’s turn and Immortal Dragon (YGOrg Translation) offers yet another way to get Zombies from the Deck into the GY. They also received a new tuner in the form of Crazy Clown (YGOrg Translation), which also can Special Summon itself from the GY.

Between all these new options, there is one thing that stands out – the Zombies are somehow becoming even better at grinding out the duel and coming back turn after turn. Al Ghoul Mazera (YGOrg Translation) will Special Summon itself back to your board when banished from the hand or GY, an effect that is similar to Changshi the Spiritualist (YGOrg Translation) who can also Special Summon itself when banished. Zombie Reborn (YGOrg Translation) can banish a monster from your Deck or Extra Deck to Special Summon a Zombie with the same name from your GY, and all of this just means that the GY has become even more of an essential tool. So let me touch on the cool tech card that ties all these Zombies directly to the GY – that’s Jewels of the Valiant. This Continuous Spell works well with Zombies since they come in different attributes – Gozkui and Mezuki are Earth, a whole bunch of Zombies are DARK, and a lot have a way to banish themselves (and only themselves) from the GY. This synergy gives your deck a new dimension, outside of the comeback ability of Ghost Fusion when you’re behind on LP. Don’t miss out on the new Zombie World support – they’re creeping their way back into hearts and souls!

Note: This is continuing the style of Creative Deck Profile articles, designed to showcase a build through replays and an attached summary. If you wish to see a CDP for an archetype, theme, or strategy you love, feel free to private message me on the YGOrg Discord server, the comments section of any of my YouTube videos, or just post a comment in response to this article on our Facebook page with your ideas to keep under consideration! On most YGO-related communities my username is Quincymccoy, so feel free to reach out. Current pending requested profiles include: Barian, Dragonmaid, Gusto, Odgoadic, Libromancer. Some of my prior requests was covered by participants in CDSS6 and even more were re-covered in CDSS7, so I highly suggest checking those out and subscribing to my channel for all of my latest profiles on YouTube! 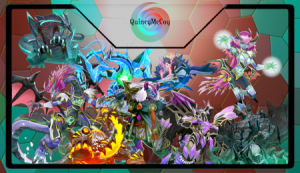