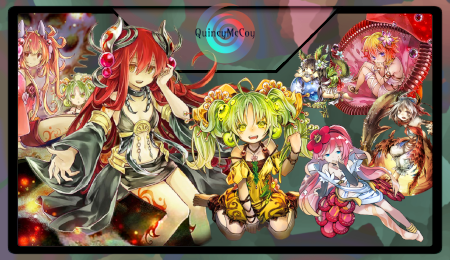 The Forest of the Traptrix holds many secrets…

Welcome back to another CDP featuring the Traptrix archetype. This EARTH theme includes both Insect and Plant monsters, and centers around the use of baiting your opponent into suboptimal plays then surprising them with the right Trap Hole for the situation. This theme is led by Traptrix Sera, a Link 1 monster that either sets a Hole card from the Deck when you activate another Traptrix effect, and it summons a Traptrix monster from the Deck when you activate a Normal Trap card. While there are many monsters that have existed for a while, there’s none more important than Traptrix Myrmeleo, which tutors a Hole Normal Trap upon Normal Summoned or it destroys a Spell/Trap your opponent controls when Special Summoned, or Traptrix Mantis, which tutors a Traptrix monster upon Normal Summon. If you’re sensing a trend with all the tutoring, that just happens to be the absolute best part of the archetype, and it’s continued with the new cards as well. Take Traptrix Pudica (YGOrg Translation) for example, which tutors the theme’s new Field Spell upon Normal Summon – Traptrix Orchard (YGOrg Translation). Orchard itself supports all of these effects, as it gives you an additional Traptrix Normal Summon in addition to the effect to banish any monster you control to Special Summon a Traptrix monster from your hand or GY.

Now the Traptrix also have one more dimension to the archetype – they also feature Xyz monster bosses. The new Traptrix Pinguicula (YGOrg Translation) is another Rank 4 monster for the theme that can tutor any Traptrix monster by detaching a material. She joins the existing Traptrix Allomerus, which can detach 2 materials in order to Special Summon 1 Level 4 Insect or Plant from your GY. With all of these different effects that accomplish virtually the same endstate, the Traptrix strategy has become super consistent, giving it the edge it needs to force your opponent down Holes all day long, such as Traptrix Trap Hole Nightmare, Bottomless Trap Hole, Network Trap Hole, or the new Delusion Trap Hole (YGOrg Translation). Altogether, if you want to play a literal ‘trap’ deck with cute girls to allure opponents into scary Traps, this is the deck for you!

Note: This is continuing the style of Creative Deck Profile articles, designed to showcase a build through replays and an attached summary. If you wish to see a CDP for an archetype, theme, or strategy you love, feel free to private message me on the YGOrg Discord server, the comments section of any of my YouTube videos, or just post a comment in response to this article on our Facebook page with your ideas to keep under consideration! On most YGO-related communities my username is Quincymccoy, so feel free to reach out. Current pending requested profiles include: Hunder, Mermail, Atlantean, Crystron 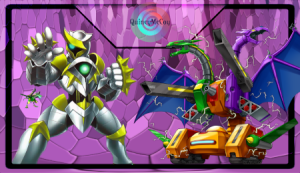