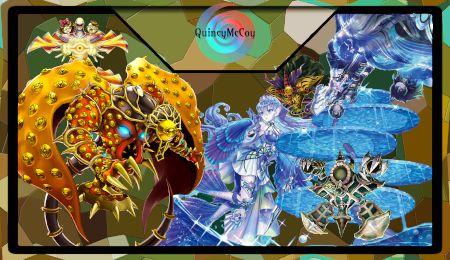 Welcome to today’s profile, revolutionizing the Relinquished support and Preparing it for the Rite of combining it with a modern Fusion deck. This hybrid all exists due to Millenium-Eyes Restrict, a Level 1 Fusion that can respond to an opponent’s monster effect activation to Equip 1 monster from your opponent’s field or GY as an Equip card. While any monster is Equipped, Millenium-Eyes negates the activation effects of monsters of the same name. As a result, this can be mighty disruptive to an opponent un-prepared to defeat the Relinquished army, but it is especially disruptive when you throw in Illusionist Faceless Magician and Millenium-Eyes Illusionist, the first allowing Millenium-Eyes to keep floating between the field and GY, and the second which gives you an extra Quick Effect equip. Millenium also returns itself to hand whenever an Eyes Restrict monster or Relinquished is summoned. Finally, throw in Relinquished Fusion for good measure, and you have yet another pathway to Millenium-Eyes that also can equip an opponent’s monster without relying on a monster effect. Now all this Relinquished stuff sounds cool, but it hasn’t been even close enough to breathe on the meta due to one major problem – there was no way to consistently get access to Millenium-Eyes Restrict… until…. *Insert Tearlaments Scream here!*

Note: This is continuing the style of Creative Deck Profile articles, designed to showcase a build through replays and an attached summary. If you wish to see a CDP for an archetype, theme, or strategy you love, feel free to private message me on the YGOrg Discord server, the comments section of any of my YouTube videos, or just post a comment in response to this article on our Facebook page with your ideas to keep under consideration! On most YGO-related communities my username is Quincymccoy, so feel free to reach out. Current pending requested profiles include: Star Warrior, Crystal Beast post SD, Inferno Tempest. 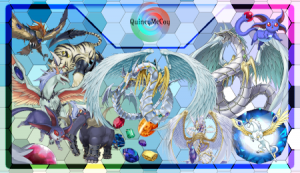