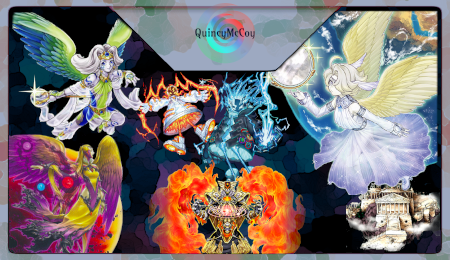 Alternate between two playstyles with this hybrid deck.

Welcome to today’s Rogue Deck Profile, featuring both the Spright and The Agent archetypes. The Spright archetype should be well known to you, as it’s been a considerable meta contender for quite some time now, but it is a FIRE and DARK Thunder archetype that revolves around Level 2, Rank 2, and Link 2 monsters. Spright Jet and Spright Blue are the tutors for the archetype, tutoring a Spright Spell/Trap or a Spright Monster respectively when Special Summoned. Spright Red and Spright Carrot round out the Main Deck Sprights, giving the deck additional negation capabilities at the cost of a tributed Level/Rank/Link 2 monster. Supporting this archetype are two key Spell Cards – Spright Starter, which summons a Spright directly from your Deck, and Spright Smashers, which can banish a Level/Rank/Link 2 monster you control and any card your opponent controls. While this Spright engine is small and effective, it actually plays off the Agents quite well as they have a high number of Level 2 Monsters that love to be Special Summoned – Mystical Shine Ball.

The Agent of Creation – Venus is largely responsible for the summoning of these little Level 2 Normal Monsters, as she can pay 500 LP to Special Summon 1 from your hand or Deck. Combine that with Pot of Avarice, which can shuffle them back into the Deck to be summoned again, and you have yourself a recipe for fun combos. However, Avarice is no longer the only way to get more usable Shine Balls, at least not with the arrival of The Agent of Destruction – Venus. This DARK Tuner can either be Special Summoned from the hand by banishing a Venus from your GY, or it can pay up to 1500 to Special Summon a Mystical Shine Ball that is banished or in your GY for every 500 LP paid, plus they return to the deck when they would leave the field. Remember, The Agent archetype also has Masterflare Hyperion which can send a The Agent monster from your Deck to the GY to steal its effects for the turn, so you can easily access Destruction’s recycling that way. Finally, as if you needed more Fairies beyond the endless Shine Balls, I’m also running a Trickstar engine here, as Trickstar Light Stage can be used to grab a Trickstar Candina, an easily Special Summoned Fairy monster, or Trickstar Lillybell, which immediately summons itself from the hand while being Level 2. With all of these fun engines at play, your opponent should never feel safe from the onslaught of disruptive tools available to this deck when it gets a strong hand. Join the Spright in the Sanctuary in the Sky – only Divine Punishment awaits!

Spells: 16
||| The Sacred Waters in the Sky
| The Chorus in the Sky
||| Pot of Avarice
| Terraforming
| Monster Reborn
||| Spright Starter
| Spright Smashers
|| Trickstar Light Stage
| The Sanctuary in the Sky

Note: This is continuing the style of Creative Deck Profile articles, designed to showcase a build through replays and an attached summary. If you wish to see a CDP for an archetype, theme, or strategy you love, feel free to private message me on the YGOrg Discord server, the comments section of any of my YouTube videos, or just post a comment in response to this article on our Facebook page or through the site with your ideas for me to keep under consideration! On most YGO-related communities my username is Quincymccoy, so feel free to reach out. Current pending requested profiles include: Hunder, Crystron, Tellarknight, Evil Eye 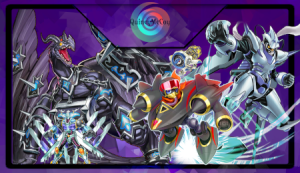