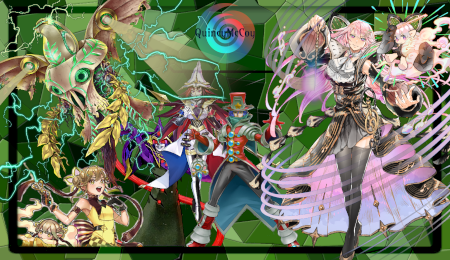 Scale up your Pendulums!

Welcome to today’s Creative Deck Profile, this time centered on the Solfachord archetype. This Fairy theme consists of 8 Pendulum monsters, with levels beginning at 1 and ending at 8, with Pendulum Scales beginning at 8 and ending at 1. For example, DoSolfachord Cutia is a Level 1 with a Pendulum Scale of 8, and it carries a monster effect to tutor a Solfachord when Summoned. On the other end is the boss monster for the theme, DoSolfachord Coolia, who boasts 2700 ATK and an effect that can target 2 face-up cards your opponent controls to negate. Additionally, Coolia can destroy a monster on the field whose effect is activated, as long as it has an equal or less ATK than your highest Pendulum Scale x 300. Along with all the monsters the Solfachord archetype is supported by a few powerful Spell Cards, such as Solfachord Elegance which offers three effects that all interact with your Pendulum Scales or Solfachord Harmonia, which carries 3 effects that facilitate Pendulum Summons or disrupt the opponent’s board. In the next set to arrive in the OCG, the Solfachord archetype is also receiving another support Spell – Solfachord Symphonia (YGOrg Translation). This Quick-Play Spell applies up to 3 effects based on the number of face-up Solfachord monsters in your Extra Deck, ranging from boosting ATK at 3, adding the destruction of a card your opponent controls and possible a draw at 5, and Special Summoning a GranSolfachord monster from your Extra Deck at 7. GranSolfachord Musecia has been around for a while, a Link 2 monster that generically supports Pendulum themes by swapping a Pendulum Monster in your hand for one from your extra deck, as long as one has an even and the other an odd Pend Scale. But the final new card in CYAC is a new boss monster, GranSolfachord Coolia (YGOrg Translation), which gain 100 ATK for each Pendulum Monster in your Extra Deck as well as negating the activation of a card or effect by Special Summoning a Solfachord card with an odd Pendulum Scale from your Pendulum Zone.

Now all of these cards may seem complex at face value, but the short version is that Solfachord monsters generically support the Pendulum mechanic. So let’s talk about what else I threw in here to make use of that. The biggest portion is a Performapal engine, with cards like Performapal Monkeyboard or Performapal Pendulum Sorcerer to tutor more Performapal monsters to Performapal Lizardraw and Performapal Ladyange to draw additional cards. I’m also using a small Magician engine, with Harmonizing Magician and Purple Poison Magician, and top off the Pendulums with Antihuman Intelligence ME-PSY-YA, a Pendulum Monster that is quite easy to Special Summon from the hand as well as that carries a Pendulum Scale of 0. With all of these Pendulum Monsters and the support of Beyond the Pendulum, you’ll easily be able to Pendulum Summon up to 3 monsters in a typical turn, giving you the perfect setup for a Codebreaker Virus Swordsman combo whenever Coolia is in the Extra Monster Zone. Because what’s better than Coolia’s negate than adding a Knightmare Gryphon to the mix? Build to a crescendo with the new Solfachord support!

Note: This is continuing the style of Creative Deck Profile articles, designed to showcase a build through replays and an attached summary. If you wish to see a CDP for an archetype, theme, or strategy you love, feel free to private message me on the YGOrg Discord server, the comments section of any of my YouTube videos, or just post a comment in response to this article on our Facebook page or through the site with your ideas for me to keep under consideration! On most YGO-related communities my username is Quincymccoy, so feel free to reach out. Current pending requested profiles include: Hunder, Evil Eye, Constellar, ‘Tellar’… again 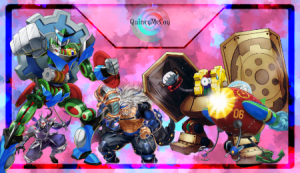