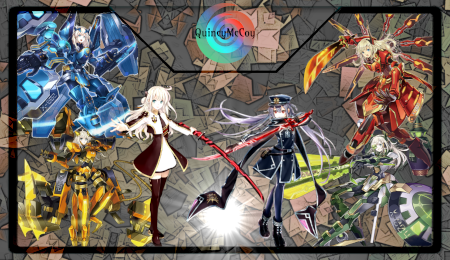 Raye and Roze engage in combat… Alone Together!

But I’m going to go out on a limb here and guess that if you’re reading this, you’ve heard of the Sky Striker theme before. If you haven’t here’s the short version: Sky Striker Mobilize – Engage! tutors everything and is Limited for a reason, Sky Striker Mecha – Widow Anchor negates and/or steals monsters and is your prime disruption, and Sky Striker Mecha Modules – Multirole gives you a ton of free card advantage. What’s new is the addition of Strategic Striker – H.A.M.P. (YGOrg Translation) that serves as an in-archetype Kaiju that can summon to either board, but the more important new card is Sky Striker Mobilize – Linkage! (YGOrg Translation) Linkage does something really cool – it gives the archetype in-theme OTK options. Since Linkage can be used more than once per turn, once you have Raye and Roze in the GY, you can easily chain together attacks from multiple Sky Striker Aces, all during the Battle Phase. Combine that with Pot of Avarice, which basically is an Unlimited Pot of Greed in a deck where you can cycle through 4 Link monsters every turn, and you have a recipe for tons of card advantage backed by a real threat of ending the game on a dime. Don’t sleep on these spells anymore – dust off your Link Summons with the Spelltastic Sky Strikers!

Note: This is continuing the style of Creative Deck Profile articles, designed to showcase a build through replays and an attached summary. If you wish to see a CDP for an archetype, theme, or strategy you love, feel free to private message me on the YGOrg Discord server, the comments section of any of my YouTube videos, or just post a comment in response to this article on our Facebook page with your ideas to keep under consideration! On most YGO-related communities my username is Quincymccoy, so feel free to reach out. Current pending requested profiles include: Dragonmaid, HERO, Neos, Labrynth, Danger!, S-Force, Scareclaw, Kozmo. Some of my prior requests was covered by participants in CDSS6 and even more were re-covered in CDSS7, so I highly suggest checking those out and subscribing to my channel for all of my latest profiles on YouTube! 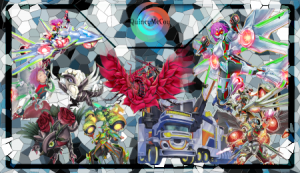