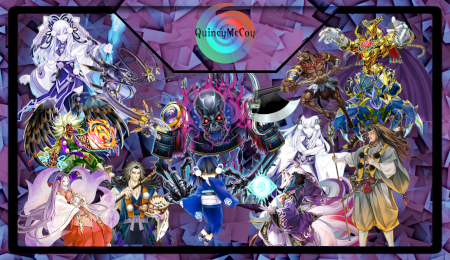 Launch Zombies into orbit in this tale of Ghost Meets Girl.

It’s about time I covered this deck on my channel considering I pilot it in real life. The Mayakashi strategy exists to climb the ladder with the effect of Dakki, the Graceful Mayakashi, which summons itself back from the GY whenever a Mayakashi is Summoned to your field from the Extra Deck. Starting with a Level 1 non-tuner, such as Hajun, the Winged Mayakashi or Yuki-Onna, the Ice Mayakashi, and Dakki, you Synchro climb Level 3 to 5 to 7 to 9 to 11. Then, once your Dakki returns to the board, you Link Summon, Link 2, 3, then 4. That’s right, with the new support, the full ladder is FINALLY complete! So let me start by talking about the new Link 3 monster, Yuki-Onna, the Icicle Mayakashi (YGOrg Translation). Whenever it is Special Summoned, it can negate the effects of an effect monster your opponent controls, but it’s more essential effect can be activated while it is in the GY – It can be banished to Special Summon 1 Zombie Synchro that is banished or is in your GY. That’s right, after Synchro climbing all the way up to your Link 4, you can banish Icicle to bring back one of those Mayakashi you stopped at on your way up the ladder, which also happens to trigger any of their effects, as each of those Synchro monsters have a trigger effect whenever they’re Special Summoned from the Graveyard! One of the most common options is summoning Tsuchigumo, the Poisonous Mayakashi, as that mills 3 cards from each deck when summoned back from the GY.

So now you know the base Mayakashi strategy, let me take a minute to talk about how I build the rest of this strategy around that. And it all revolves around Orbital Hydralander, a monster that can be summoned from the hand whenever you have 4 or more monsters in the GY, but no duplicates. That’s very easy when you ladder your way through the Extra Deck but Hydralander has a Quick effect to mill 3 and destroy a card on the field without targeting. Combined with the other Mayakashi Synchros, this can give you great control over the opponent’s board, destroying away anything you fear. In the spirit of Hydralander, I’m running solo copies of Eldlich the Golden Lord, Doomking Balerdroch, and Jack-o-Boolan, as well as some other generic Zombie support like Mezuki, Shiranui Solitaire, and Glow-Up Bloom. Finally, I’m also running a small Generaider engine to abuse Hela, Generaider Boss of Doom to Special Summon back Mayakashi Synchros during the opponent’s turn – all of the Synchro recovery!

But let me also talk about the powerful Mayakashi Spell/Trap support. From Mayakashi Return letting you tutor or mill any Mayakashi card from the deck to Mayakashi Winter freezing out the opponent’s ATK, this deck has a ton of cool tools. But the new trap card, Ghost Meets Girl – a Mayakashi and Shiranui’s Tale (YGOrg Translation), completely prevents either player from Special Summoning from the hand/Deck/Extra Deck for the rest of the turn, freezing them out of the duel. Also, it can be banished from the GY to return a banished Zombie back to the GY, such as Icicle to bring back another Synchro later. Combine this with all of the other fun tools I’ve mentioned already and the Continuous trap Mayakashi Mayhem that benefits from Zombie Synchro monsters being Special Summoned from the GY or that were banished, and you have quite a fun strategy on your hands. So get out there and try it out – this Zombie theme truly is a blast to play, take it from someone who actually uses it!

Note: This is continuing the style of Creative Deck Profile articles, designed to showcase a build through replays and an attached summary. If you wish to see a CDP for an archetype, theme, or strategy you love, feel free to private message me on the YGOrg Discord server, the comments section of any of my YouTube videos, or just post a comment in response to this article on our Facebook page with your ideas to keep under consideration! On most YGO-related communities my username is Quincymccoy, so feel free to reach out. Current pending requested profiles include: Barian, Barrel Dragon. Some of my prior requests was covered by participants in CDSS6 and even more were re-covered in CDSS7, so I highly suggest checking those out and subscribing to my channel for all of my latest profiles on YouTube! 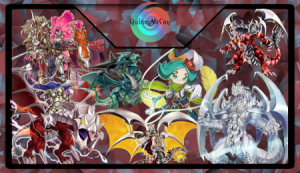