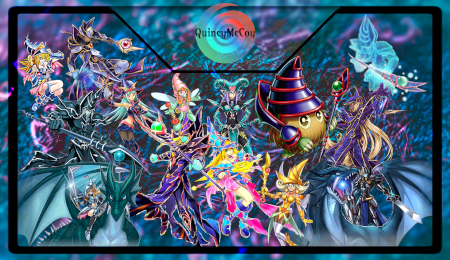 This Combination requires Salvation for your Eternal Soul.

Let’s start the Bond Between Teacher and Student – this Normal Spell can be used while you control Dark Magician to tutor a Dark Magician Girl to your field, as well as set Dark Burning Magic to threaten destroying your opponent’s board on the subsequent turn. This means that whenever you successfully summon Dark Magician, you have a great path to a Dark Magician Girl as well! The O.G. master wizard can be brought out through a variety of means, from Eternal Soul to Magicians’ Souls, or even Magikurioh. Do so while you control Magician’s Salvation and you can bring out Dark Magician Girl at the same time! Once you have at least one of our icon duo on the board, feel free to swap between the two with Magicians’ Combination to negate your opponent’s effect activations. Finally, if the power of these iconic monsters is not enough on their own, feel free to turn to Timaeus the United Dragon or Secrets of Dark Magic to unlock the power of Fusion Summoning. In this strategy, you can look to The Dark Magicians or even Red-Eyes Dark Dragoon to help close out the duel – no Verte or Red-Eyes Fusion required. Learn the secrets of the Magicians’ Tome with the Magician Girls!

Note: This is continuing the style of Creative Deck Profile articles, designed to showcase a build through replays and an attached summary. If you wish to see a CDP for an archetype, theme, or strategy you love, feel free to private message me on the YGOrg Discord server, the comments section of any of my YouTube videos, or just post a comment in response to this article on our Facebook page with your ideas to keep under consideration! On most YGO-related communities my username is Quincymccoy, so feel free to reach out. Current pending requested profiles include: HERO, Neos, Danger!, Star Warrior, Dual Avatar, Blackwing, Prank-Kids, Wight. 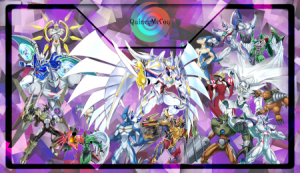