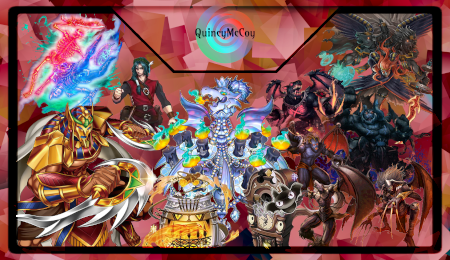 Mouthful of a title means many different themes will appear!

Welcome back to another profile, this time centered on combining a few more themes from side sets. First up in the hodgepodge is the Labyrnth archetype. I’ve covered this before on my channel in multiple ways but not like this. In short, the Labrynth theme supports Trap cards and endless recursion, as both Labrynth Chandra (YGOrg Translation) and Labrynth Stovee (YGOrg Translation) can send itself and any other card from the hand/field to the GY to set a Labrynth Spell/Trap directly from your deck. Additionally, they each recover themselves from the GY whenever a monster leaves the field via Trap effect, which works perfectly with the theme’s Field Spell. Now their first send effect is pivotal, as just about every other monster in the deck has an effect that triggers when sent to the GY; therefore, this entire deck is meant to leverage their effects to trigger everything else – even on the opponent’s turn.

Speaking of Fairies, let’s also take a second to introduce the Exchange of the Spirit Fairies once again on my channel. Yes, this Ishizu support is super flexible, and yes, I can probably guarantee that they will show up again in the future. But in this deck, they serve as enablers for both your Labrynth shenanigans, your Burning Abyss advantage engine, and as more Fairies to unlock the true power of one fun Normal Trap Card – Stained Glass of Light & Dark. With both a Fairy and Fiend on your field, you get to draw 3 cards, returning 2 back into the deck, then you get your opponent to draw 1 card and discard 2. With all the Normal Trap support offered by the Labrynth and the Trap recovery offered by Kelbek the Ancient Vanguard (YGOrg Translation), this deck has plenty of ways to ensure you get to resolve this cool tech.

Finally, to close out this ever-growing description of the deck, we have two side themes I would be remiss to ignore. First up is the Outstanding Dog series, with both Outstanding Dog Marron and Outstanding Dog Mary making an appearance. While this two don’t seem like anything special, they ensure that your deck will never run out of cards, even as you turbo mill your way down to the bottom. Plus, Mary gives you more fodder to send for your Stovee and Chandra effects if you’ve run out of Burning Abyss or Ishizu fairies. And lastly, we have Outer Entity Nyarla, a Rank 4 monster and one of four remaining ‘Entity’ monsters. This is a key part of the deck, as it allows you to discard a ton of cards if needed, as well as swap out its Xyz materials for a different one from your GY. This does trigger your sent to GY effects, as well as letting it serve as either a Fairy or a Fiend for Stained Glass, so this is probably the closest I will ever get to featuring this archetype on my channel for now. With that, I hope you enjoy this crazy funfest of a deck… with all its Traptastic, milling glory.

Note: This is continuing the style of Creative Deck Profile articles, designed to showcase a build through replays and an attached summary. If you wish to see a CDP for an archetype, theme, or strategy you love, feel free to private message me on the YGOrg Discord server, the comments section of any of my YouTube videos, or just post a comment in response to this article on our Facebook page with your ideas to keep under consideration! On most YGO-related communities my username is Quincymccoy, so feel free to reach out. Current pending requested profiles include: Star Warrior, Crystal Beast post SD, Dark World post SD, Inferno Tempest. 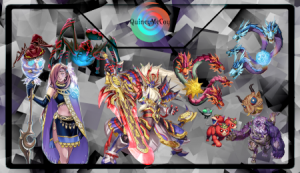