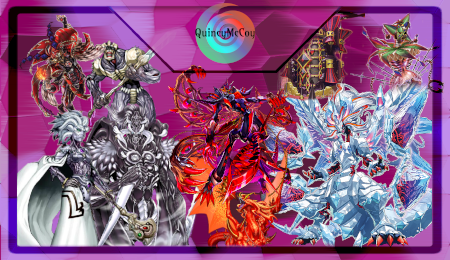 Despian Accession to the Branded throne of Fusion Summoning!

Welcome to a profile featuring the new Dark World support cards revealed in the past week when paired with the Despia archetype. The Dark World archetype has existed for a while now – triggering off of discards via effects, this archetype of DARK Fiends relied heavily on Grapha, Dragon Lord of Dark World to generate enough card advantage to eventually snowball and win the duel. Unfortunately, this didn’t hold up in the modern game, and the Danger! archetype became the luck-discard theme of choice for many players. However, this new support gives the Dark Worlds some much needed tools, such as Reign-Beaux, Supreme Overlord of Dark World (YGOrg Translation), who serves as more copies of Grapha while tutoring higher leveled Dark World monsters when discarded and a new boss monster in the form of Grapha, Dragon Overlord of Dark World (YGOrg Translation). This Fusion boss gives you the ability to change your opponent’s activated Spell/Trap card or monster effect into one that discards, effectively negating it and giving you additional Dark World benefits. The craziest support card though is the new Dark World Accession (YGOrg Translation), a Fusion Quickplay Spell that discards Dark World materials when making Grapha Overlord while serving as a pseudo Miracle Fusion for any Fiend Fusion monster. Which the Despia Fusions just happen to be… plus, isn’t it perfect that the Despia monsters also want to be banished?

Moving along to the Despia archetype, this DARK Fairy theme goes ham with a varied of Fusion options already in their toolkit. Stitching the theme together is Aluber the Jester of Despia, a Level 4 that tutors any Branded Spell/Trap on summon. You can tutor Branded Opening, which can summon another Despia monster from the deck while discarding by effect. You can tutor Branded Lost, which prevents your opponent from negating Fusion Summons. You can tutor Branded Disciple, which lets you disrupt monster effects when combined with Despian Quaeritis. Or you can go with the tried and true Branded Fusion, unlocking the Fallen of Albaz fusions using materials from the Deck. Besdies Quaeritis, the Despia theme also leans heavily on Masquerade the Blazing Dragon, a Level 8 Fiend Fusion that taxes your opponent an extra 600 LP to activate cards or effects. Beyond all that, the Branded support cards have expanded since the last time I covered this archetype to now include Breaking Branded (YGOrg Translation) for recovery and Branded Banishment for recovery and potentially even more Fusion Summons. Take this exploratory trip into the new and improved Dark World with some help from the Despia arcehtype!

Note: This is continuing the style of Creative Deck Profile articles, designed to showcase a build through replays and an attached summary. If you wish to see a CDP for an archetype, theme, or strategy you love, feel free to private message me on the YGOrg Discord server, the comments section of any of my YouTube videos, or just post a comment in response to this article on our Facebook page with your ideas to keep under consideration! On most YGO-related communities my username is Quincymccoy, so feel free to reach out. Current pending requested profiles include: Danger!, Star Warrior, Morphtronic, Trap Monsters. 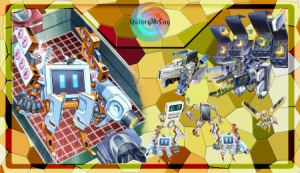