The Armed Dragon Thunder series may have just arrived to the TCG, but there are plenty of ways to take this anime support to the next level… literally. As a note, I covered this theme before with Hieratic, but today we’re taking it in a different direction. These Dragons level up by sending another Dragon from the hand to the GY, but their more unique characteristic is that their effects trigger when sent to the GY to activate another Dragon’s effect. Cards such as Starliege Seyfert or the new Nowruz Elise the Dragon of Beauty and Faith (YGOrg Translation) serve this role perfectly for today’s strategy! Additionally, since the last time I covered this theme, the OCG has also announced the impending arrival of Pile Armed Dragon (YGOrg Translation), another Level 7 WIND Dragon that makes this theme soar to new heights. With its ability to send Armed Dragon Thunder monsters from the deck, you can more consistently trigger all their effects on your first turn!

As for the second half of the deck, let’s talk Odd-Eyes. This Dragon Pendulum engine allows for you to not only clear your hand of high-leveled monsters, but also justify running The Melody of Awakening Dragon. The key aspect to this version of Armed Dragon is taking advantage of Armed Dragon LV10 White, banishing spent Armed Dragons from your GY for its summon, then immediately adding them back to hand with the help of Chaos Emperor, the Dragon of Armageddon. Together, this conserves your resources, allowing you to explode on your second turn of the duel, ending the duel with a flurry of dragonic attacks. With all these new Level 7 Dragons and a Pendulum engine, the best option to turn to for the Extra Deck is a Odd-Eyes Rebellion Dragon engine, featuring Rebellion itself and Odd-Eyes Rebellion – Overlord (YGOrg Translation). Its triple attack can very easily end the game, especially when boosted by 3000 ATK with Pile Armed Dragon. Embrace the power of Thunder with these Armed Dragons!

Note: This is continuing the style of Creative Deck Profile articles, designed to showcase a build through replays and an attached summary. If you wish to see a CDP for an archetype, theme, or strategy you love, feel free to private message me on the YGOrg Discord server, the comments section of any of my YouTube videos, or just post a comment in response to this article on our Facebook page with your ideas to keep under consideration! On most YGO-related communities my username is Quincymccoy, so feel free to reach out. As of now, I have 3 outstanding requests that I am considering: Amazement, Sphinx, and Symphonic Warrior. Some of my prior requests was covered by participants in CDSS5, and some others will be covered soon in CDSS6, so I highly suggest checking those out and subscribing for all of my profiles on YouTube! 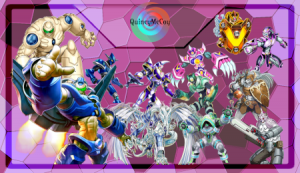 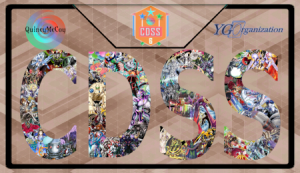