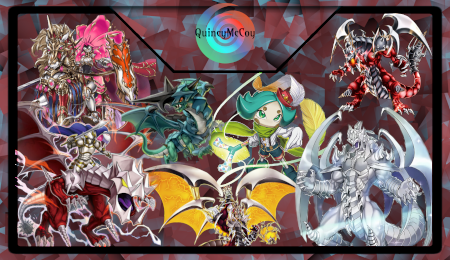 Be Prepared for more Armed Dragons!

Chazz it up again with the Armed Dragons. These WIND Dragons level up by sending another Dragon from the hand to the GY, but their defining trait is that their effects trigger when sent to the GY to activate another Dragon’s effect. While I’ve covered this theme twice before, I wanted to take a stab at a pure build – that was, until I threw in the Speedroid Engine I talked about in my last Creative Channelside Chat. Overall, this deck is about triggering your Armed Dragon Thunder monsters: LV3 draws you a card; LV5 tutors a Level 5 + WIND dragon; and LV7 tutors any ‘Armed Dragon’ card. Led by Armed Dragon LV10 White and Armed Dragon Thunder LV10, this deck has boss Dragons galore, especially when you throw in Pile Armed Dragon (YGOrg Translation) and Red-Eyes Darkness Metal Dragon. But let’s talk about some of my new tech cards.

Instead of just relying on Artillery Catapult Turtle, I’m now also including Knight of Armor Dragon, a Ritual tutor for WIND Dragons, and three copies of Pre-Preparation of Rites! Since Knight can tutor Armed Dragon Thunder LV7 from the deck, this combo only requires one discard to Level Up to your LV10, giving you more cards in hand to play with and unlock a stronger end board! Also, I’m also running 3 copies of Dragunity Guisarme (YGOrg Translation), a Level 3 tuner that can be used to recover your Armed Dragon LV3 when Normal Summoned. This pairs well with Level 7 Armed Dragon monsters to make powerful WIND Synchros such as Baronne de Fleur or Dragunity Knight – Areadbhair, but it also can combine into R3NK Xyz monsters such as Totem Bird or Leviair the Sea Dragoon. Finally, I’m using a full Speedroid Engine to give the deck more pseudo-draw power to get to the cards you need, especially since almost all the deck is WIND! So hope you enjoy as you check out how well my new iteration of Armed Dragons can soar.

Note: This is continuing the style of Creative Deck Profile articles, designed to showcase a build through replays and an attached summary. If you wish to see a CDP for an archetype, theme, or strategy you love, feel free to private message me on the YGOrg Discord server, the comments section of any of my YouTube videos, or just post a comment in response to this article on our Facebook page with your ideas to keep under consideration! On most YGO-related communities my username is Quincymccoy, so feel free to reach out. Current pending requested profiles include: Barian, Barrel Dragon, Symphonic Warrior, Dragonmaid, Exorsister, Predaplants. Some of my prior requests was covered by participants in CDSS6 and even more were re-covered in CDSS7, so I highly suggest checking those out and subscribing to my channel for all of my latest profiles on YouTube!

Where were my profiles the past month – Due to life circumstances, I took a month off due to extensive travel, but I’m back now and excited to launch back into my profiles. So get excited for a stream of new content coming at you this month! If you want a specific theme to be considered for an upcoming profile – be sure to let me know, as I’m always looking for requests! 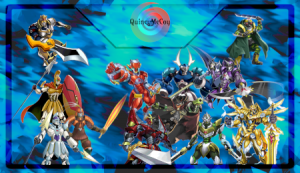