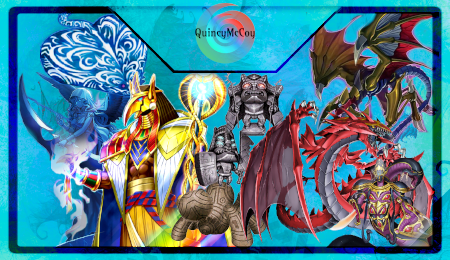 Today’s profile features Trap Monsters and Continuous Traps in all their glory, so let’s start there. Apophis the Swamp Deity (YGOrg Translation) leads the charge as the new addition, summoning itself as a Level 6 monster with 2000 ATK. But more importantly, whenever it is activated, you also get to negate the effects of face-up cards your opponent controls up to the number of other Continuous Traps you control. This can be used to negate Spells or Monsters, giving you valuable interaction with an opponent who may be playing a much faster deck. Combine this new Apophis with Statue of Anguish Pattern to destroy a card each time a Trap Monster is summoned, or you can turn to Angel Statue – Azurune to negate your opponent’s Summons. Either way, these Continuous Traps are backed by Summon Limit and Imperial Custom to slow down the opponent from running you over before you can get the gamestate under control.

Speaking of slowing down the game, let’s talk about the Sacred Beast/Uria component next. With consistency ensured by Dark Beckoning Beast and Opening of the Spirit Gates, the Sacred Beast theme here facilitates the summoning of Uria, Lord of Searing Flames as quickly as possible. As you burn through your Continuous Traps and get them into the GY, Uria ramps up in power, gaining 1000 ATK for each. If you’re impatient, you can turn to Hyper Blaze to make it gain 1000 ATK for each and every Trap on the Field or in the GYs – this can lead to an unexpectedly powerful strike on the opponent’s LP. If the Uria gameplan doesn’t work out, or even if it does, you can now rely on another new card to support your Continuous Trap needs – Pharaonic Advent (YGOrg Translation). This Level 8 Spellcaster can be Special Summoned from the hand by tributing 1 monster, such as the Salamangreat Almiraj you’ll summon using Beckoning during typical Sacred Beast combos. While Advent is on the field, you can tribute a Reptile, Fairy or Fiend to tutor any Continuous Trap. In other words, this tutors over half of the overall deck. Combine this tutoring with the recovery and protection offered by Qardan the Great Sage (YGOrg Translation), and the whole strategy gets tied up in a nice bow… Make your opponent watch out for your Traps with the new Apophis support!

Note: This is continuing the style of Creative Deck Profile articles, designed to showcase a build through replays and an attached summary. If you wish to see a CDP for an archetype, theme, or strategy you love, feel free to private message me on the YGOrg Discord server, the comments section of any of my YouTube videos, or just post a comment in response to this article on our Facebook page with your ideas to keep under consideration! On most YGO-related communities my username is Quincymccoy, so feel free to reach out. Current pending requested profiles include: Danger!, Star Warrior, Crystal Beast post SD, Dark World post SD. 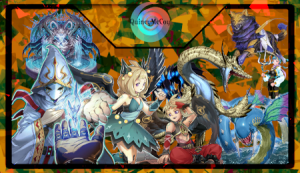