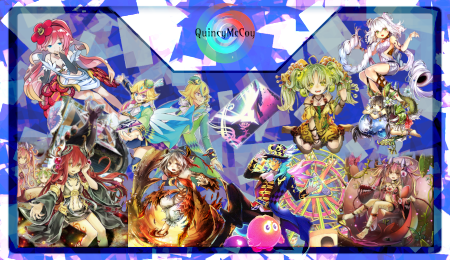 Amusement Park fun for all ages of vine!

Welcome back for another profile, this time centered on the Traptrix and Amazement/Attraction archetypes! The Traptrix archetype is a theme of Plants and Insects designed to collaborate and function in parallel with the Trap Hole archetype, just like how the Amazement monster theme supports the Attraction trap archetype! Traptrix Sera serves as the rallying queen, tutoring a Traptrix monster when you activate any Normal Trap, or a Trap Hole when you activate another Traptrix effect. Supporting her is Traptrix Myrmeleo to tutor more Trap Holes and destroy your opponent’s backrow, as well as other Traptrix monsters like Traptrix Vesiculo, who can Special Summon itself from the hand rather easily. All together, these EARTH monsters are backed by a fearsome array of Trap Holes, from Traptrix Trap Hole Nightmare to Gravedigger’s Trap Hole for stopping monster effects, and Bottomless Trap Hole to Network Trap Hole for banishing summoned monsters.

But this is a hybrid, so let’s talk about the Amazement monsters too! Amazement Attendant Comica tutors an Attraction Trap on summon, while Amazement Assistant Delia can Special Summon itself from the hand and can exchange an Attraction trap from your hand or field for a new one from the deck. They’re led by Amazement Administrator Arlekino, a Level 7 Psychic that can Special Summon itself from the hand whenever a Trap Card is activated. Additionally, whenever your opponent summons a monster, Arlekino can equip one of your Attraction traps directly to it. Speaking of Attractions, the primary ones I want to cover here are Amaze Attraction Horror House, which can negate a monster’s effects or flip it facedown, Amaze Attraction Cyclo-Coaster, which can remove a Spell/Trap from the opponent’s board or tutor an Amazement monster, and Amaze Attraction Rapid Racing, which can shuffle back a card from the opponent’s GY or increase the equipped monster’s level by 1. All together, these two themes have many effects in common – combining them makes for an attractive combination. Plus, Traptrix Mantis can swap between your set traps to keep your opponent on their toes! Disrupt your opponent with this Traptrix-Attraction-Amazement-TrapHole… deck. Yeah, that’s a good name for it.

Note: This is continuing the style of Creative Deck Profile articles, designed to showcase a build through replays and an attached summary. If you wish to see a CDP for an archetype, theme, or strategy you love, feel free to private message me on the YGOrg Discord server, the comments section of any of my YouTube videos, or just post a comment in response to this article on our Facebook page with your ideas to keep under consideration! On most YGO-related communities my username is Quincymccoy, so feel free to reach out. Current pending requested profiles include: Barian, Barrel Dragon, Dragonmaid, Gusto, Zombie World, Lightray. Some of my prior requests was covered by participants in CDSS6 and even more were re-covered in CDSS7, so I highly suggest checking those out and subscribing to my channel for all of my latest profiles on YouTube! 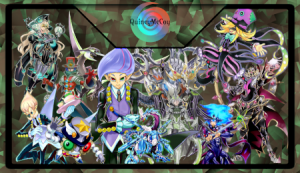