To those of you who were reading the Legacy of the Valiant ‘More Early Spoilers’ post, some of you saw the new Gravekeeper support and sighed in frustration. Others saw the new Ghostrick Skeleton and realized just how versatile the ghastly archtype could become. And yet even more saw the Shinra as a unique theme that people did not see coming from the initial reveal of their boss, Shinra no Morigami Arusei. Right on its heels, the moment of silence for the poor Advance Devoter who had so much potential until the seemingly useless restriction upon Special Summoning him beyond his effect. Then there was me, sitting there, unable to scroll past the new Chronomaly support for quite some time simply because it seemed so perfect. Let’s introduce you to these new Chronomaly! 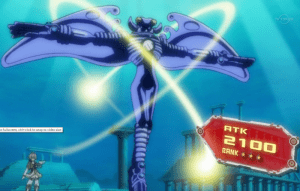 Let’s just take a moment to give thanks to Konami for creating such an awesome card for a rogue strategy that never saw the light of day in major competition. While Nebra Disk may be taking some heat for being too powerful, I simply step back and bask in wonder and awe of such a well-designed archtype support card. First off, its effect allows you to tutor any Chronomaly when it is Normal Summoned. This is really helpful, because before, Chronomaly decks were forced to wait to draw into combos. Now, you simply have to strategically search out the pieces you need. Next for Disk’s effects is an ability that allows it to become instant Xyz fodder when you control only Chronomaly monsters. The restriction was expected on this effect, because that is just way too good to have no restriction. Do take note, this effect can be used as many times as you want over a Duel! It doesn’t banish itself when it returns to the Graveyard, so you can rely upon the Disk as a chump blocker or Xyz Material each turn.

EARTH Rock-Type Effect Monster
ATK 900 DEF 1800 Level 5
If your opponent controls a monster and you control no monsters, you can Special Summon this card (from your hand).

Who would have thought that such a simple and overused effect could mean so much for this archetype. Even overlooking the potential combos with Moai to Special Summon Rank 5 Xyz Monsters without using a Normal Summon, this card also fills in as a great Tribute material for our next newcomer, the great and powerful Wings Sphinx!

Now this is where the true combo fun begins for the Chronomaly. Being a +1 upon Summon, Sphinx allows you to easily offset the -1 taken to Tribute Summon! Especially if you used Carrier as the Tribute, because he is already a Level 5 for you to Special Summon back. Also, you always have Chronomaly Crystal Bones that allows you to generate Tribute fodder, and let you have a field of 3 Level 5 monsters as long as your Graveyard has at least 2 to begin with! The restriction on this monster makes sense, forcing you to only Special Summon Chronomaly when you use his effect; however, this condition is shared with Chronomaly Technology, giving you another way to abuse that decent Spell Card! But what happens when you don’t have Level 5 monsters to combo with? That is where our final newcomer comes into play!

LIGHT Machine-Type Xyz Effect Monster
ATK 2000 DEF 2500 Rank 4
2 Level 4 “Chronomaly” monsters
Once per turn, during either player’s turn: You can detach 1 Xyz Material from this card, then target 1 face-up monster your opponent controls; that monster’s ATK becomes 0 until the end of the turn. You can Tribute 1 “Chronomaly” monster, then target 1 monster your opponent controls whose current ATK is different from its original ATK; destroy that target.

And now the Chronomaly puzzle is complete. Before, when they were locked into Special Summoning only Chronomaly monsters, a Duelist was forced to Xyz Summon into a Rank 3, 5, or 6 monster, resulting in some turns where you had to take a suboptimal play. Its effect however, combos extremely well with the Rank 5 Xyz, Number 33: Chronomaly Machu Mech, because it allows for you to reduce an opponent’s monster’s ATK to 0, let Machu gain that monster’s original ATK, burn your opponent for that amount, and then simply attack your opponent for the win! The combos with Machu were only available in the past through use of cards such as Mini-Guts.

With this latest wave of support, Chronomaly becomes one of the most effective spammers of Rank 5 Xyz Monsters. Now however, your Xyz plays can be tuned in a more strategic manner! Take for example, this main power combo that Chronomaly had before the wave of new support in LVAL:

Requirements: 1 Level 5 Chronomaly in Graveyard, 1 Chronomaly Moai, 1 Chronomaly Crystal Bones, and 1 Mini-Guts in hand while your opponent controls a monster with at least 1900 ATK in Attack Position.

Voila, you just OTK’d your opponent with 3 cards in hand while your opponent is set up. While this seems difficult to attain, (and is for the most part), you can also use additional tech options to speed up the process of winning the game. With cards such as Darkworld Shackles, you simply require a way to get Machu to the field and an opposing monster with more attack.

The main issue with any of the above combos is that the Spell you use to reduce the opponent’s monster’s ATK is unsearchable. You are simply required to wait until you draw it, or win the duel through other means. With the latest wave of support from LVAL, the above combo can be shortened to not involve any spells at all:

Requirements: 1 Chronomaly Golden Shuttle in the Hand or in your Graveyard, 1 Chronomaly Crystal Bones, and 1 Chronomaly Nebra Disk in hand while your opponent controls 1 monster with at least 1800 ATK in Attack Position.

Overall, the Chronomaly archtype has gotten a massive boost from the upcoming set. There is also a lot of potential for the archtype to explore. In the past, the archtype has been used to be the core of various Monster Mash variants, and all of these new cards would work well in tandem with that sort of strategy. I truly do not believe that Chronomaly will become overpowered with this support, but these news cards will definitely make an impact if you choose to make this sort of deck.

I only hope that this article can drive you to embrace the archtype for what its worth: a deck built upon ages of mystery and artifacts, left out of place from the constraints of time.

Objects they may be,

will Thrust you away. 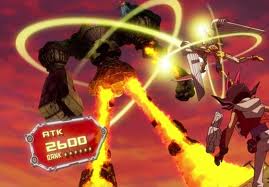