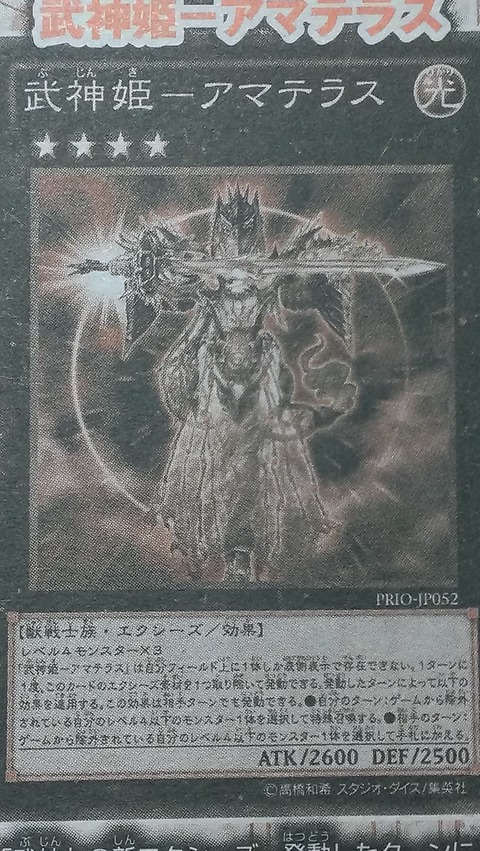 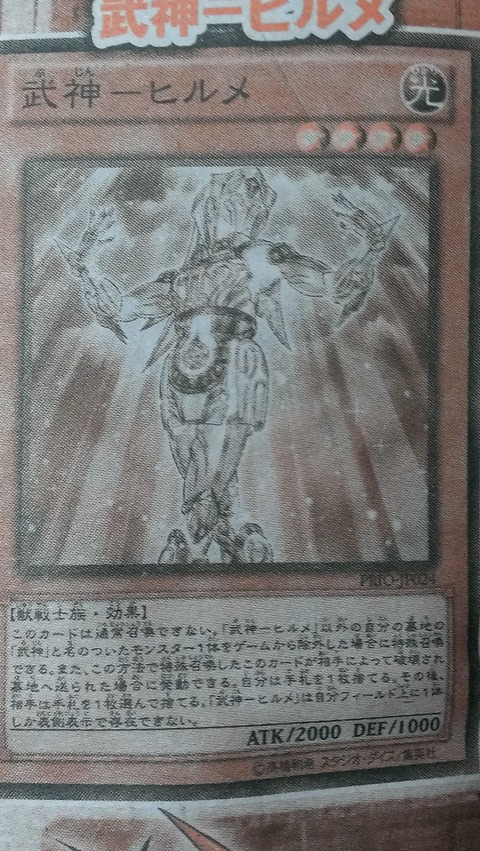 Bujin Hirume
Level 4 LIGHT Beast-Warrior-Type Effect Monster
ATK 2000
DEF 1000
Cannot be Normal Summoned/Set. Must first be Special Summoned (from your hand) by banishing 1 “Bujin” monster from your Graveyard, except “Bujin Hirume”. After this card has been Special Summoned this way, if this card you control is destroyed by your opponent’s card (either by battle or by card effect) and sent to the Graveyard: You can discard 1 card, then your opponent discards 1 card. You can only control 1 “Bujin Hirume”. 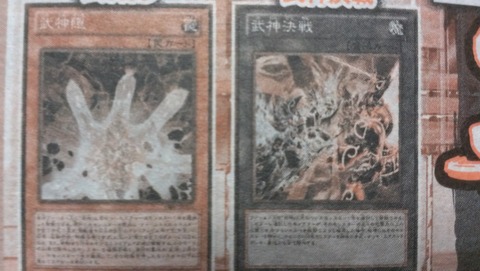 Bujin Kessen
Bujin Showdown
Normal Spell Card
Target 1 face-up “Bujin” monster; during this turn, if it destroys a monster whose ATK is equal to or greater than the original ATK of that target, banish that opponent’s monster, and if you do, banish all monsters with the same name as that monster from your opponent’s hand, Main Deck, Extra Deck and Graveyard.

Bujin’in
Bujinvisibility
Normal Trap Card
Target 1 “Bujin” Xyz Monster you control; banish that monster, and if you do, return all monsters on the field to the hand. Until your 2nd End Phase after this card was activated, neither player can Summon any monsters and neither player takes damage. During your 2nd End Phase after you activated this card: Special Summon that banished monster, and if you do, target 1 “Bujin” monster in your Graveyard; attach it to that monster as Xyz Material.