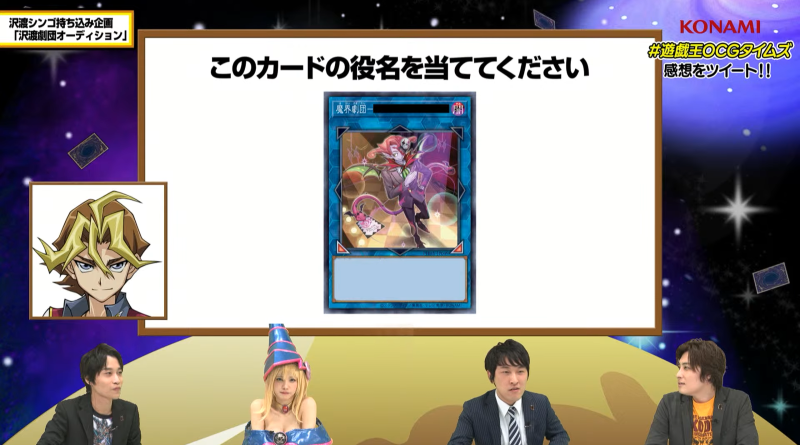 The show, my dear, MUST go on. 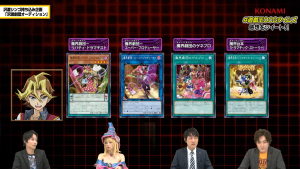 A new set of actors and a new stage play make their debut! But it’s best to do a dress rehearsal before show time! 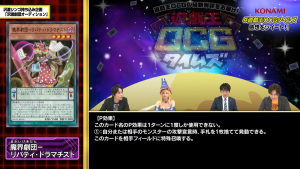 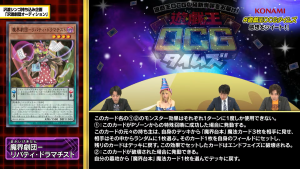 PHHY-JP016 Makai Gekidan -Liberty Dramatist (Abyss Actor – Liberty Dramatist)
Level 4 DARK Fiend Pendulum Effect Monster
ATK 1500
DEF 1500
Pendulum Scale: 8
[Pendulum Effect]
You can only use the Pendulum Effect of this card’s name once per turn.
(1) When a monster declares an attack: You can discard 1 card; Special Summon this card to your opponent’s field.
[Monster Effect]
You can only use the 1st and 2nd monster effect of this card’s name each once per turn.
(1) If this card is Special Summoned from the Pendulum Zone: This card’s owner reveals 3 “Abyss Script” Spells from their Deck, their opponent randomly picks 1 of them for this card’s owner to Set to their field (but it is destroyed during the End Phase), also the rest are shuffled back into the Deck.
(2) If this card is destroyed: You can shuffle 1 “Abyss Script” Spell from your GY into the Deck. 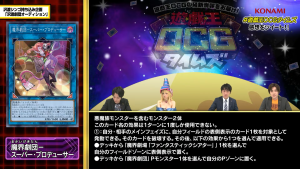 PHHY-JP049 Makai Gekidan – Super Producer (Abyss Actor – Super Producer)
Link-2 DARK Fiend Link Effect Monster
ATK 1600
Arrows: Bottom-Left, Bottom-Right
Materials: 2 monsters, including a Fiend monster
You can only use the effect of this card’s name once per turn.
(1) During the Main Phase (Quick Effect): You can target 1 face-up card you control; destroy it, then you can apply 1 of these effects.
● Place 1 “Abyss Playhouse – Fantastic Theater” from your Deck in your Field Zone.
● Place 1 “Abyss Actor” Pendulum Monster from your Deck in your Pendulum Zone. 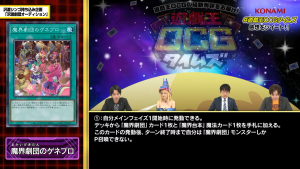 PHHY-JP063 Makai Gekidan no Genepro (Abyss Actors’ Dress Rehearsal)
Normal Spell Card
(1) At the start of your Main Phase 1: Add 1 “Abyss Actor” card and 1 “Abyss Script” Spell from your Deck to your hand, also you cannot Pendulum Summon monsters for the rest of this turn after this card resolves, except “Abyss Actor” monsters.

Note: The Japanese version of this card’s name is Wasaieigo, Japanese made-up loan words, derived from Generalprobe, a final rehearsal performed under the same conditions as the live performance with the same stage, costumes, etc. It’s German for “Thorough Training”. 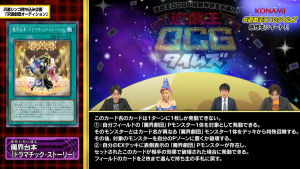