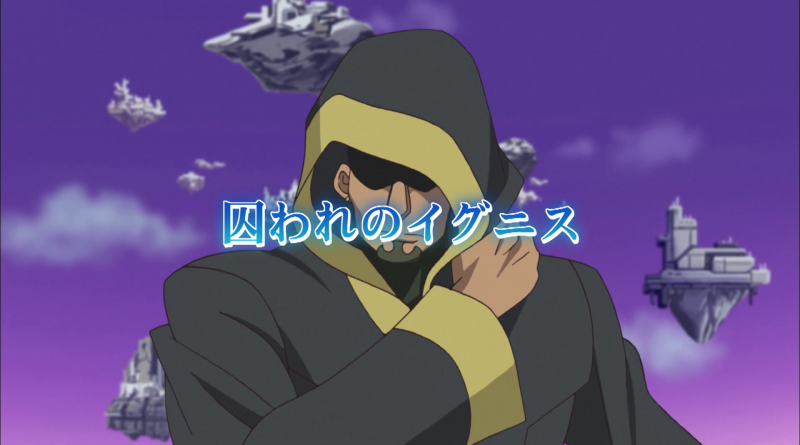 Or: Go has completed his Eye of the Tiger training montage, and is back. For revenge.

Episode 74: 囚われのイグニス – Toraware no Igunisu
(The Imprisoned Ignis)
Earth rescued Aqua, who was imprisoned by someone, and learned the truth about the Cyberse World’s destruction from her. However, GO Onizuka, who was ordered to capture the Ignises, then appears and attacks the two of them. In order to protect Aqua, Earth begins a Duel against GO!