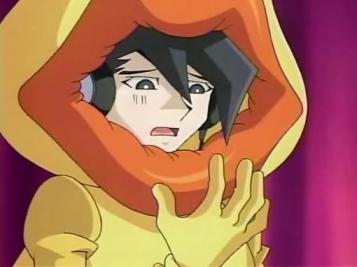 Either you die as a Hero, or live to see yourself become the Meme Deck. 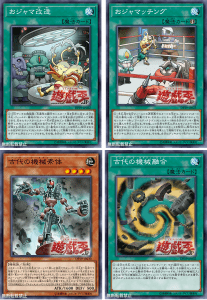 DP19-JP022 おジャマ改造 Ojama Kaisou (Ojamadification)
Normal Spell Card
(1) Reveal 1 LIGHT Machine Fusion Monster in your Extra Deck to your opponent, then banish any number of “Ojama” monsters from your hand, field or GY; Special Summon monsters with different names from your hand, Deck or GY who are Fusion Materials whose names are specifically listed on that revealed card, equal to the number of cards banished.
(2) During your Main Phase: You can banish this card from the GY, then target 3 of your banished “Ojama” monsters; shuffle them into the Deck, then draw 1 card.

DP19-JP023 おジャマッチング Ojamatching
Quick-Play Spell Card
(1) Send 1 “Ojama” card from your hand or face-up on your side of the field to the GY; add from your Deck and/or GY 2 cards (1 “Ojama” monster with a different name than that card and 1 “Armed Dragon” monster, except “Hardened Armed Dragon”), then, you can Normal Summon 1 of the monsters added to your hand by this effect.
(2) During your Main Phase: You can banish this card from your GY, then target 3 of your banished “Ojama” monsters; shuffle them into the Deck, then draw 1 card.