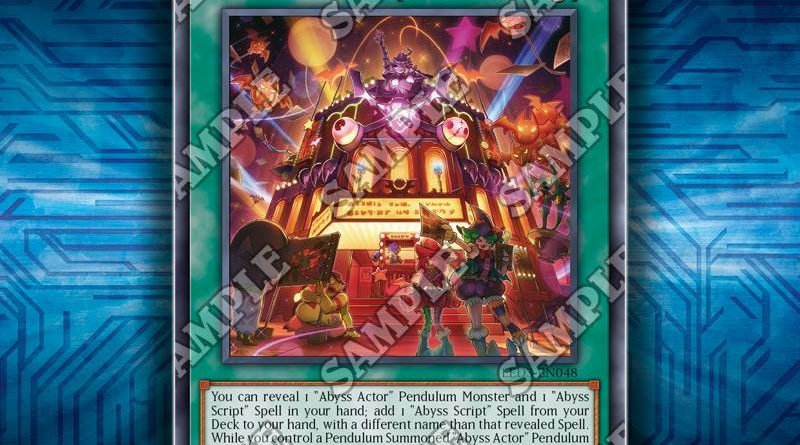 Every one of them but the Trap. 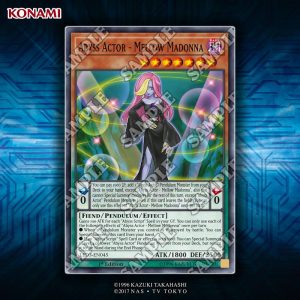 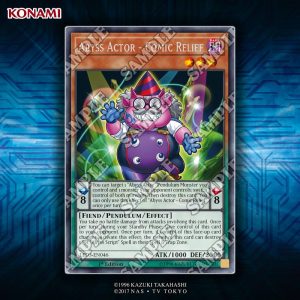 LED3-EN046 Abyss Actor – Comic Relief
Level 3 DARK Fiend Pendulum Effect Monster
ATK 1000
DEF 2000
Pendulum Scale: 8
Pendulum Effect:
You can target 1 “Abyss Actor” Pendulum Monster you control and 1 monster your opponent controls; switch control of both monsters, then destroy this card. You can only use this effect of “Abyss Actor – Comic Relief” once per turn.
Monster Effect:
You take no battle damage from attacks involving this card. Once per turn, during your Standby Phase: Give control of this card to your opponent. Once per turn, if control of this face-up card changes, activate this effect: The owner of this card can destroy 1 Set “Abyss Script” Spell in their Spell & Trap Zone. 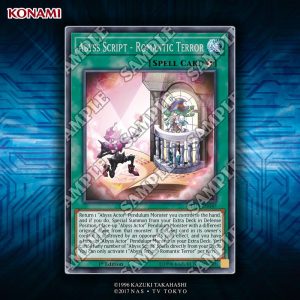 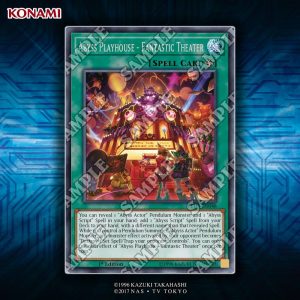 LED3-EN048 Abyss Playhouse – Fantastic Theater
Field Spell Card
You can reveal 1 “Abyss Actor” Pendulum Monster and 1 “Abyss Script” Spell in your hand; add 1 “Abyss Script” Spell from your Deck to your hand, with a different name than that revealed Spell. While you control a Pendulum Summoned “Abyss Actor” Pendulum Monster, any monster effect activated by your opponent becomes “Destroy 1 Spell/Trap your opponent controls”. You can only use each effect of “Abyss Playhouse – Fantastic Theater” once per turn.