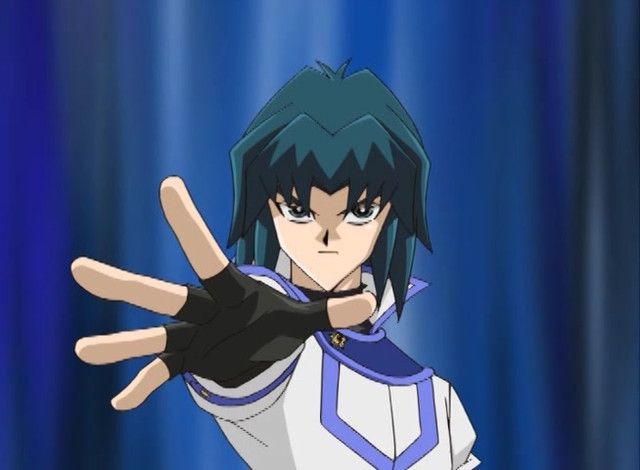 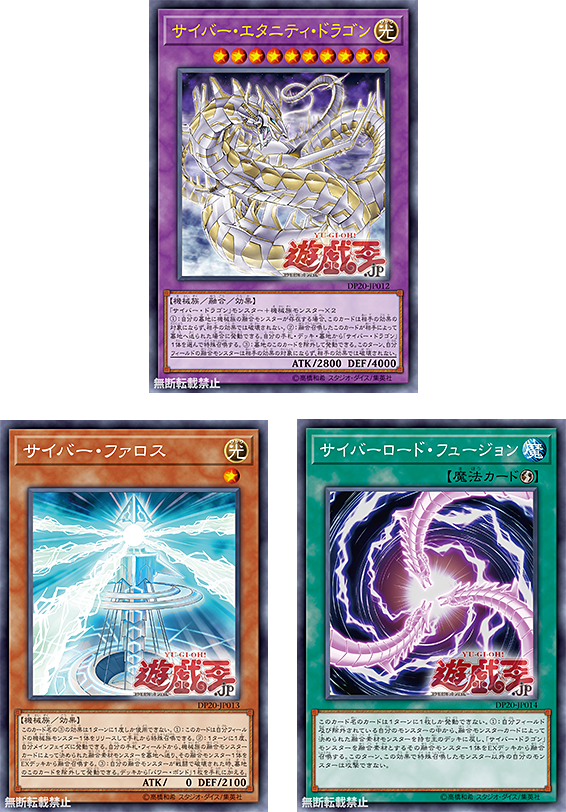 DP20-JP013 Cyber Pharos
Level 1 LIGHT Machine Effect Monster
ATK 0
DEF 2100
You can use the (3)rd effect with this card’s name only once per turn.
(1) You can Special Summon this card (from your hand) by Tributing 1 Machine monster.
(2) Once per turn: You can Fusion Summon 1 Machine Fusion Monster from your Extra Deck, using monsters from your hand or field as Fusion Material.
(3) When a Fusion Monster you control is destroyed by battle: You can banish this card from your GY; add 1 “Power Bond” from your Deck to your hand.

DP20-JP014 Cyberload Fusion
Quick-Play Spell Card
You can only activate a card with this card’s name once per turn.
(1) Your monsters cannot attack for the rest of this turn, except the monster Special Summoned by this effect, also Fusion Summon 1 Fusion Monster that lists a “Cyber Dragon” monster as material from your Extra Deck, by shuffling Fusion Materials in your possession listed on it into your Deck, that are on the field or banished.

(Atem’s editing note: no, that hyperlink in the (2)nd effect’s text isn’t an accident: cards with the text string {召喚したこのカードが相手によって墓地へ送られた場合に発動できる} have, in our prior experience, been localized with English-language text that specifies an opponent’s card must send this card to the GY through battle, card effect, or being destroyed – pursuant to Naturia Cherries, et al. Said text strings are ruled in Japan to be usable in far broader circumstances than their English-language text would imply – for example, in relation to Lava Golem. We will keep an eye on this card, to see how it is localized for English-speakers in the future, and we hope to see this gap between texts resolved.)