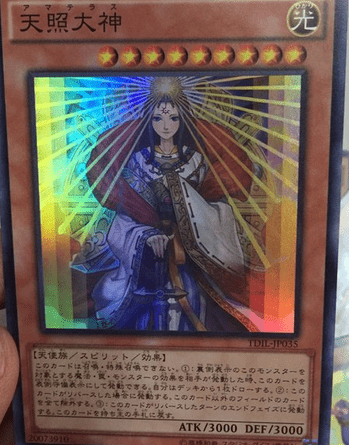 Including a new Blackwing Monster 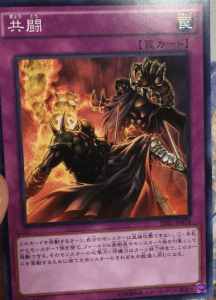 共闘 Kyoutou (Joining Forces)
Normal Trap Card
Monsters you control cannot attack your opponent directly during the turn this card is activated.
(1) Discard 1 monster, then target 1 face-up monster on the field; its ATK and DEF become equal to the ATK and DEF of the monster discarded to activate this card, until the end of this turn. 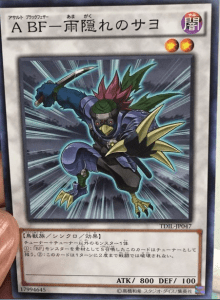 A BF-雨隠れのサヨ Assault Black Feather – Amakakure no Sayo (Assault Blackwing – Sayo the Rainshroud)
Level 2 DARK Winged Beast-Type Synchro Effect Monster
ATK 800
DEF 100
Materials: 1 Tuner + 1 non-Tuner monsters
(1) If this card is Synchro Summoned using a “Blackwing” monster as Material, it is treated as a Tuner monster while face-up on the field.
(2) Up to twice per turn, this card cannot be destroyed by battle. 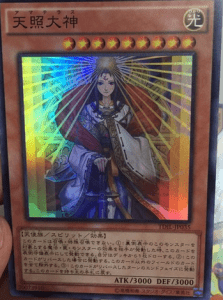 天照大神 Amaterasu
Level 9 LIGHT Fairy-Type Spirit Effect Monster
ATK 3000
DEF 3000
Cannot be Normal or Special Summoned.
(1) During either player’s turn, when your opponent activates a card or effect that targets this face-down card: You can change this card to face-up Defense Position; draw 1 card.
(2) If this card is flipped face-up: Banish all cards on the field (other than this card).
(3) During the End Phase, if this card was flipped face-up this turn: Return this card to the hand. 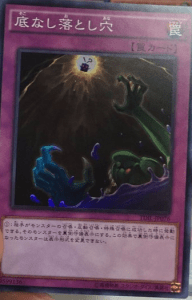 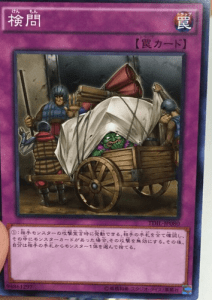 検問 Kenmon (Examination )
Normal Trap Card
(1) When an opponent’s monster declares an attack: Look at your opponent’s hand, and if there is a Monster Card in their hand, negate that attack, then discard 1 Monster Card from their hand. 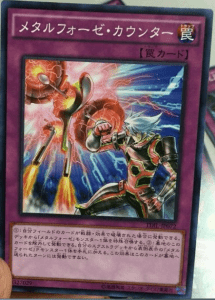 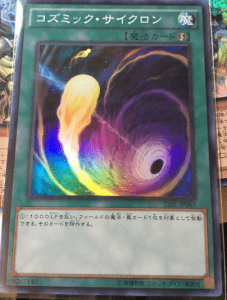 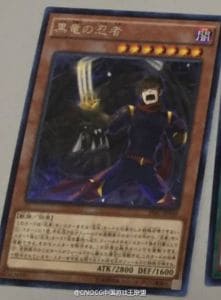 Kokuryuu no Ninja / Black Dragon Ninja
Level 7 DARK Beast-Type Effect Monster
ATK 2800
DEF 1600
Cannot be Special Summoned, except by the effect of a “Ninja” monster or “Ninjitsu Art” card.
(1) Once per turn, during either player’s turn: You can send from your hand/field to the Graveyard, 1 “Ninja” monster and 1 “Ninjitsu Art” card, then target 1 monster on the field; banish it.
(2) If this face-up card leaves the field: Special Summon as many  monsters banished by this card’s effect to their owner’s field as possible. 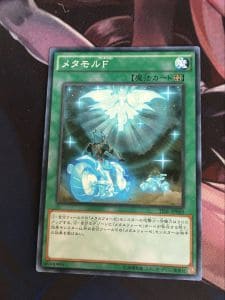 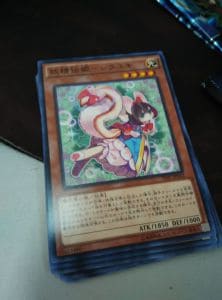 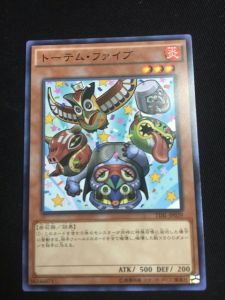 Totem Five
Level 3 FIRE Rock-Type Effect Monster
ATK 500
DEF 200
(1) If you Special Summoned 5 monsters at the same time, including this card: Destroy as many cards your opponent controls as possible, and if you do, inflict 500 damage to your opponent for each destroyed. 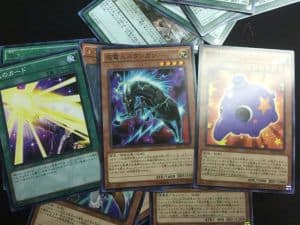 Tamashii no Card / Card of Soul
Normal Spell Card
You can only activate 1 “Card of Soul” per turn.
(1) Look through your Deck, then you can add 1 monster whose ATK and DEF total equal your LP from your Deck to your hand.

Houden Mustangun / Electrifying Mustangun
Level 4 LIGHT Thunder Special Summon Effect Monster
ATK 1600
DEF 1500
Cannot be Normal Summoned/Set. Cannot be Special Summoned, except by a card effect during the Main Phase 1 of a turn you haven’t Special Summoned.
(1) Twice per turn, this card cannot be destroyed by battle.
(2) Each turn, the turn player can only Special Summon up to the number of times they have attacked that turn.