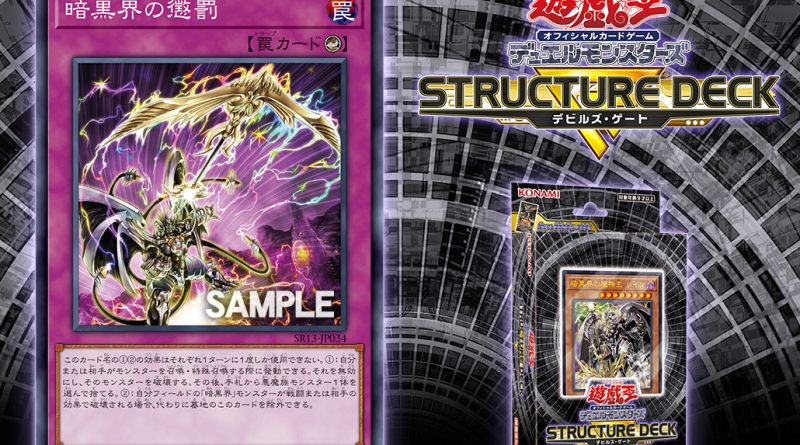 You can never escape the reach of the lords of Dark World.

SR13-JP034 暗黒界の懲罰 Ankokukai no Choubatsu (Dark World Punishment)
Counter Trap Card
You can only use the (1) and (2) effect of this card’s name once per turn.
(1) When a monster(s) would be Normal or Special Summoned: Negate the Summon, and if you do, destroy that monster(s), then discard 1 Fiend monster.
(2) If a “Dark World” monster(s) you control would be destroyed by battle or an opponent’s card efect, you can banish this card from your GY instead.