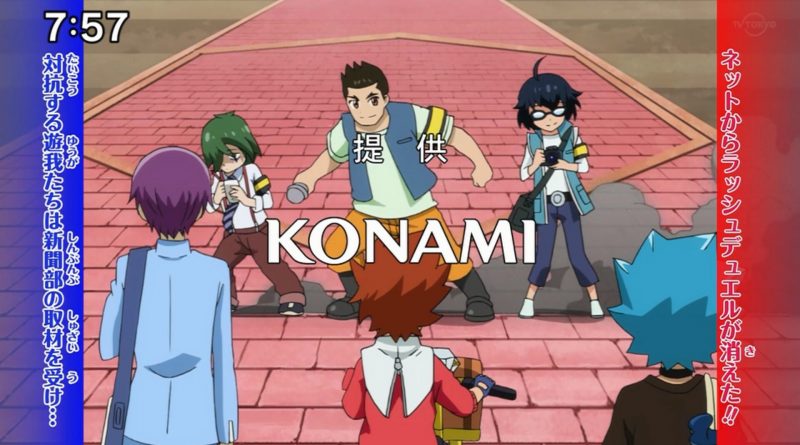 It would seem we’re currently in the “Silly plot of the week” part of the show.

Episode 5 : ルーク，男の闘い – Rūku, Otoko no Tatakai
(Rook’s Manly Battle)
The school’s newspaper club came to interview Yuga. Meanwhile, Goha has been keeping an eye on the Internet. Perhaps Yuga can spread Rush Duel rules without attracting their attention by using printed newspapers?! However, it turns out that the newspaper club’s goal is to denounce Rush Duels, for they think that Rush Duels are “shallow”! Angered by their insults, Rook decides to challenge them!