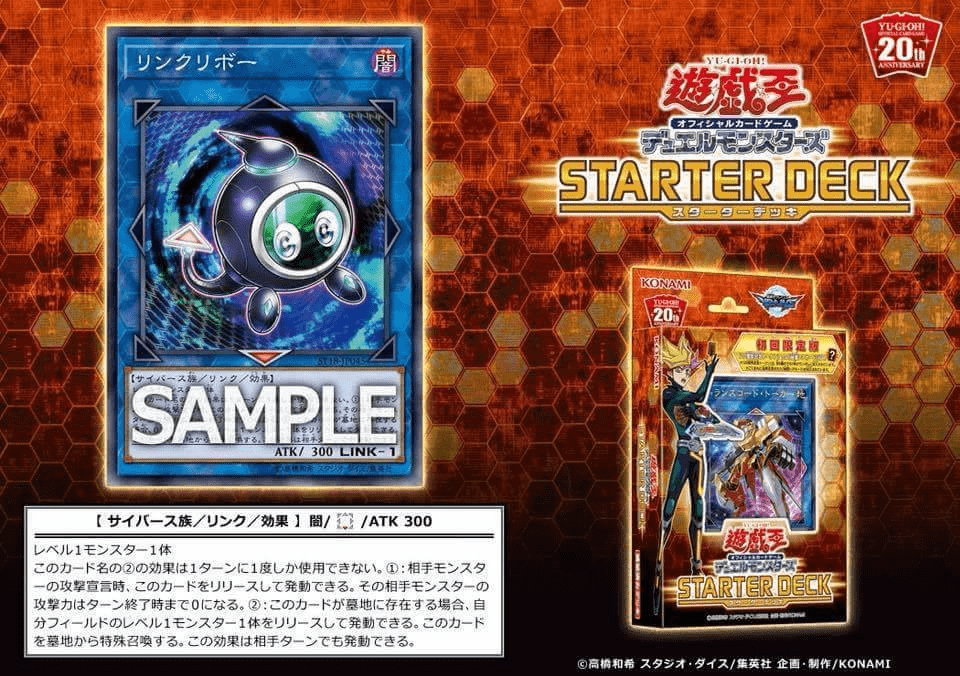 Reprint confirmed for Japan only.

While this is exciting news for European readers, it’s worth remembering that Starter Deck contents between Japan and the TCG have never been identical this decade. The Japanese Starter Deck 2018 for example contains pot of avarice, and should that card remain on our forbidden list by the July 12th release date of this deck in TCG territories, it will not contain the Pot of Avarice (as all forbidden cards are always removed from those products). We’ve also seen recently changes like prohibition not being included in lair of darkness, despite it being unlimited.