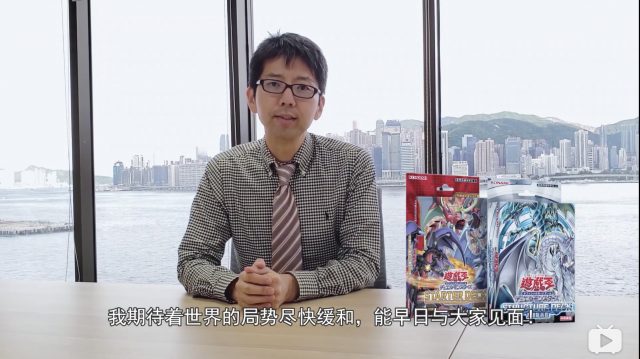 This is for Mainland China.

From our friends over at Beyond The Duel

The Simplified Chinese version of Yu-Gi-Oh! has been announced, with a Structure and Starter deck announced for release in end September 2020.

The Structure Deck will be based on the The Blue-Eyed Dragon’s Thundering Descent (SD25) while the Starter Deck will also be Dragon focused with a deck strengthening pack and also include cards such as “Darkflare Dragon”, “Odd-Eyes Advance Dragon” and “Lightpulsar Dragon”.

Aside from the products, announcements were also made for Mainland China to start running official tournaments for both Japanese and Simplified Chinese versions, with store ranking tournaments and a tournament series which will lead up to the Asia Championship.