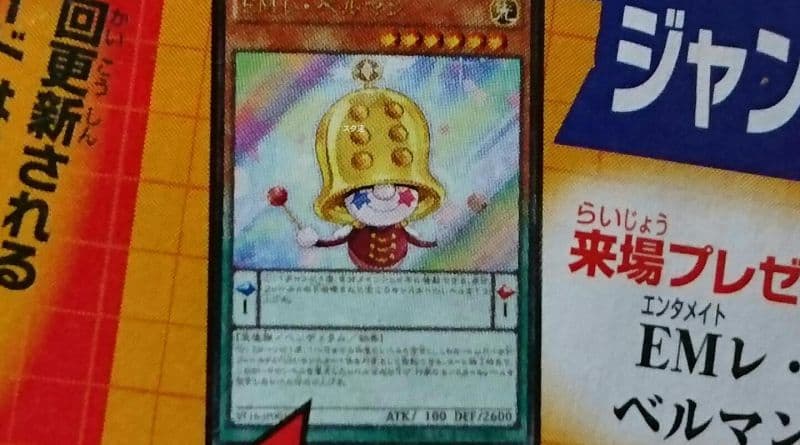 Yuya’s Pendulum Monster from his Duel against Kaito has its OCG effect finally revealed. 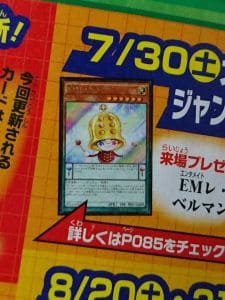 EMレ・ベルマン Performapal Le-Bellman
Level 6 LIGHT Fairy-Type Pendulum Effect Monster
ATK 100
DEF 2600
Pendulum Scale: 1
【Pendulum Effect】
(1) Once per turn, during your Main Phase: You can increase the Levels of all Pendulum Summoned monsters you control by 1.
【Monster Effect】
(1) Once per turn: You can declare a Level between 1~{?}, then target 1 “Performapal” monster you control, except this card; until the end of this turn, this card’s Level is {decreased} by the declared Level, and then the target monster has its Level increased by the declared Level.

Yes, presumably this means the highest value is probably 5, but we can’t confirm it at this time.