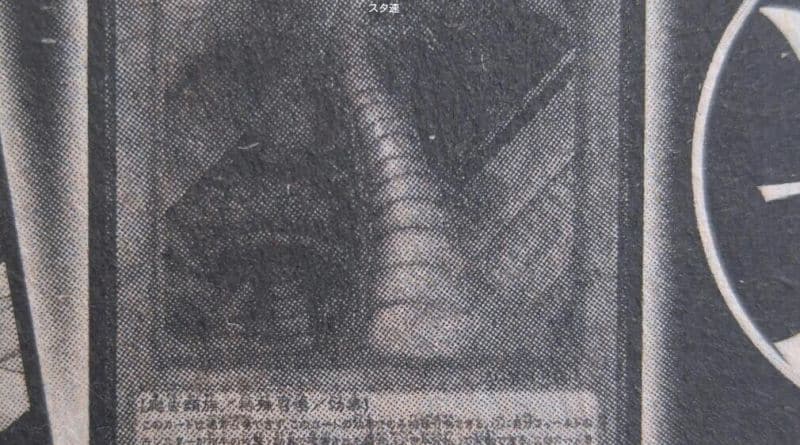 Dartz’s final boss has its effects revealed! (Some bits might be unconfirmed due to picture quality) 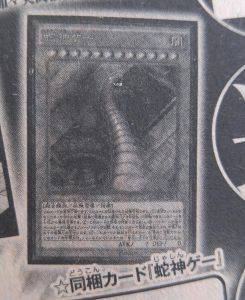 Divine Serpent Geh
Level 12 DARK Reptile-Type [Special Summon] Effect Monster
ATK ?
DEF 0
Cannot be Normal Summoned/Set. This card cannot be Special Summoned except by its own effect.
(1)  If a monster you control is destroyed by your opponent’s attack OR by your opponent’s effect: You can pay half your LP; Special Summon this card from the hand.
(2) This card cannot be targeted by card effects.
(3) If this card attacks an opponent’s monster, during that damage step, that monster’s effects are negated and that monster’s ATK becomes half its original ATK.
(4) Once per battle, when this card attacks or is attacked, during damage calculation (of either player’s turn), you can: Have this card’s ATK become the same as the highest original ATK of a monster on the field.