It’s out, just in time for Invasion of Venom to be released. And we’ve got the third theme of the set revealed! And it’s actually a theme of very old friends. 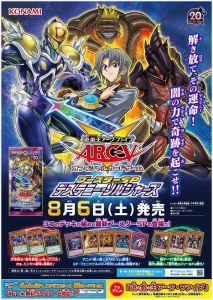 The third theme for the Set is shockingly an old theme, now codefied as a named group, it appears: 堕天使, known in the TCG as “Darklord” and “Fallen One”. The cards shown are new members from the look of it, but the following should be members of this group: