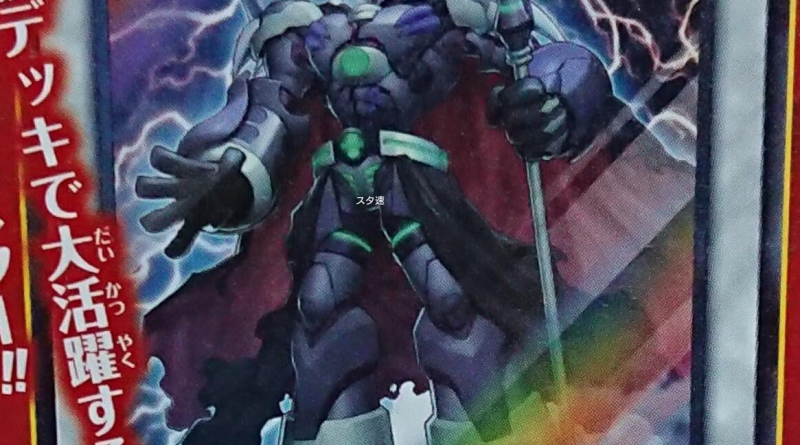 Getting Mobius vibes from this one for whatever reason. 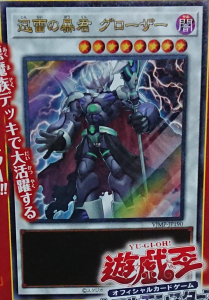 Today’s blurb is “A Synchro Monster that will play a big role in Fiend Decks!!”, with an additional caption that elaborates with “A Level 8 Fiend-Type Synchro Monster with an effect that synergizes well with the “Fableds” powered up in Blazing Vortex.”

Note: The monster’s name seems to be based on “Гроза” (Groza), the Russian word for “Thunderstorm”.